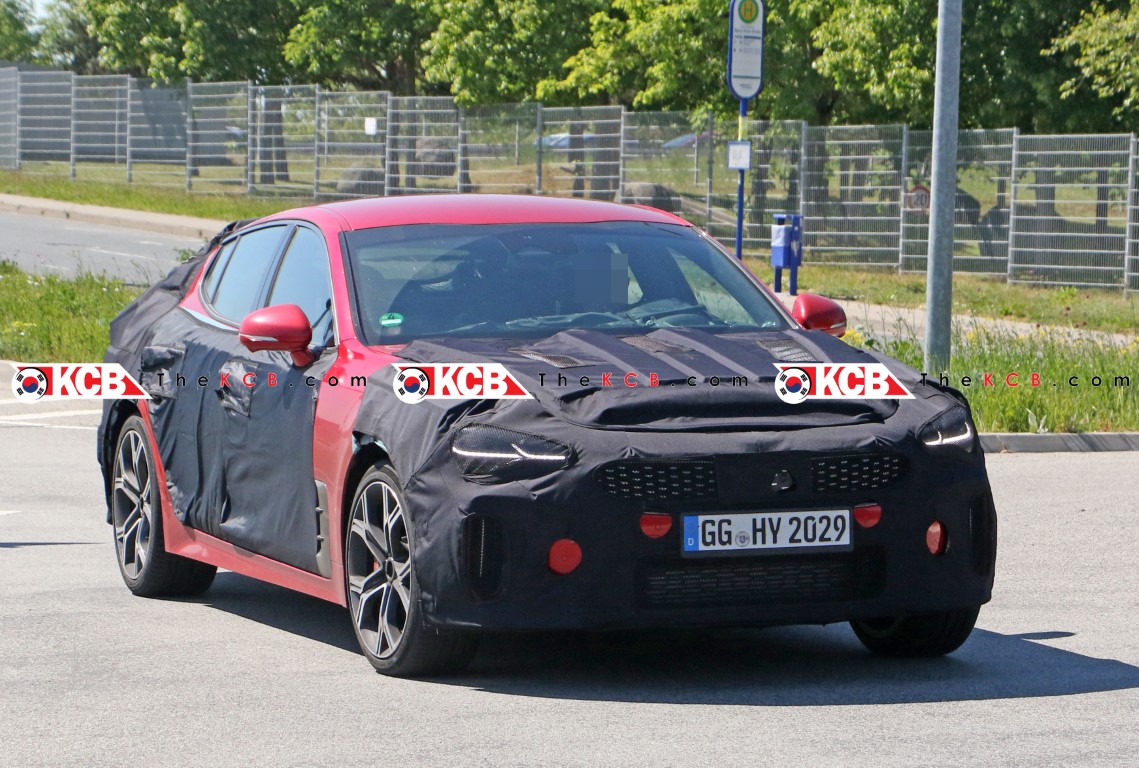 Today we have a new photoset of Kia Stinger GT facelift prototype in Germany caught during some testing thanks to CarPIX.

The updated Stinger prototypes have been spotted several times in Korea but this is the first time we see a prototype out testing in Europe.

There will also be some changes to the engines as we have heard, with the 2.0 liter engine being switched for an 2.5 liter engine. We also expected that the 3.3 will be replaced by the all-new 3.5-liter, but there’s no confirmation. At first there were some rumors that said Kia won’t change the powertrain, but recently we have got a spy picture that confirmed the use of the 2.5-liter. Let’s see if the 3.5 will be finally available.

There has also been a sighting of an prototype with bigger exhaust pipes indicating that there could be an more powerful version on the way. The sales of the Kia Stinger have not been as good as Kia had expected so we have to wait and see if the updates made to the 2021 Stinger will help.