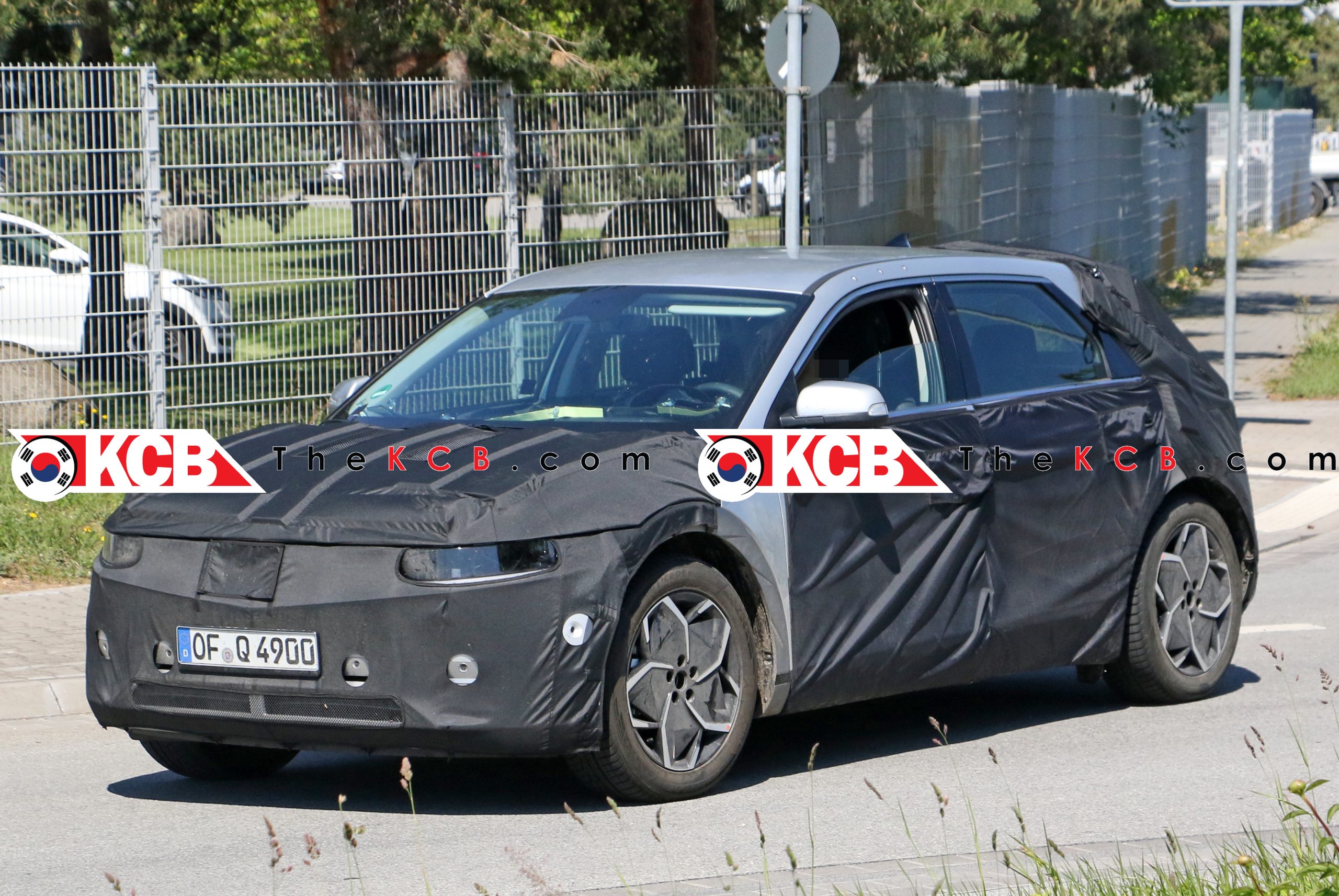 Today we have new spy pictures together with exclusive information of the Hyundai 45 electric vehicle taken in Europe. According to the information we have got, the 45 will be revealed as early as January 2021 and the exterior design is already finished (you can confirm thanks to this spy pictures from CarPIX where we can see the fenders installed as well as chromed stripe along the taillights) while the interior is underway.

Recently and during an intervier with Auto Express, SangYup Lee, Hyundai Senior Vice President and Head of Hyundai Global Design Center said, “There will be a production version of the 45 concept.” “The 45 is more inspired by the 1970s, but a more modern SUV style that’s more mainstream” he added.

The 45 foreshadows a new era of Hyundai’s automotive design focused on electrification, autonomous technologies and intelligent design, according to the carmaker, so the “45” (codenamed as “NE EV” inside Hyundai Motor Group) will reach production according to our Hyundai’s sources will premiere Hyundai Motor Group’s E-GMP (electric-global modular platform) and will have two electric motors and All-Wheel Drive system.

The South Korean carmaker is already testing a 4WD configuration that has an small motor at the front and a powerful one at rear, so this combination makes an engine that is more powerful than the existing one on the Kona EV. The NE EV will be the first electric vehicle of Hyundai’s future.

The progressive 45 puts a twist on a 45-year-old icon, the Hyundai Pony Coupe Concept, to introduce an entirely new in-car experience for self-driving vehicles of tomorrow. Taking a look to the past is essential for moving forward, and the dramatic exterior styling of 45 excites the imagination and draws inspiration from the vehicle that first established Hyundai’s design DNA, the 1974 Pony Coupe Concept.

According to Hyundai, the 45 concept accentuates the forward-driven design direction while exploring the evolution of Hyundai’s ‘Sensuous Sportiness’ design language. ‘Sensuous’ stands for enhanced emotional values that customers can experience through design, and ‘Sportiness’ is determined to implement those values through innovative mobility solutions.

And yes, sorry for the photos of that test driver flipping the bird. Somehow he must have missed that he is representing the company Hyundai when he is out and testing and we don’t think that Hyundai encourages that behavior.  Actually its against the law in many countries such as Germany where these photos are shot.