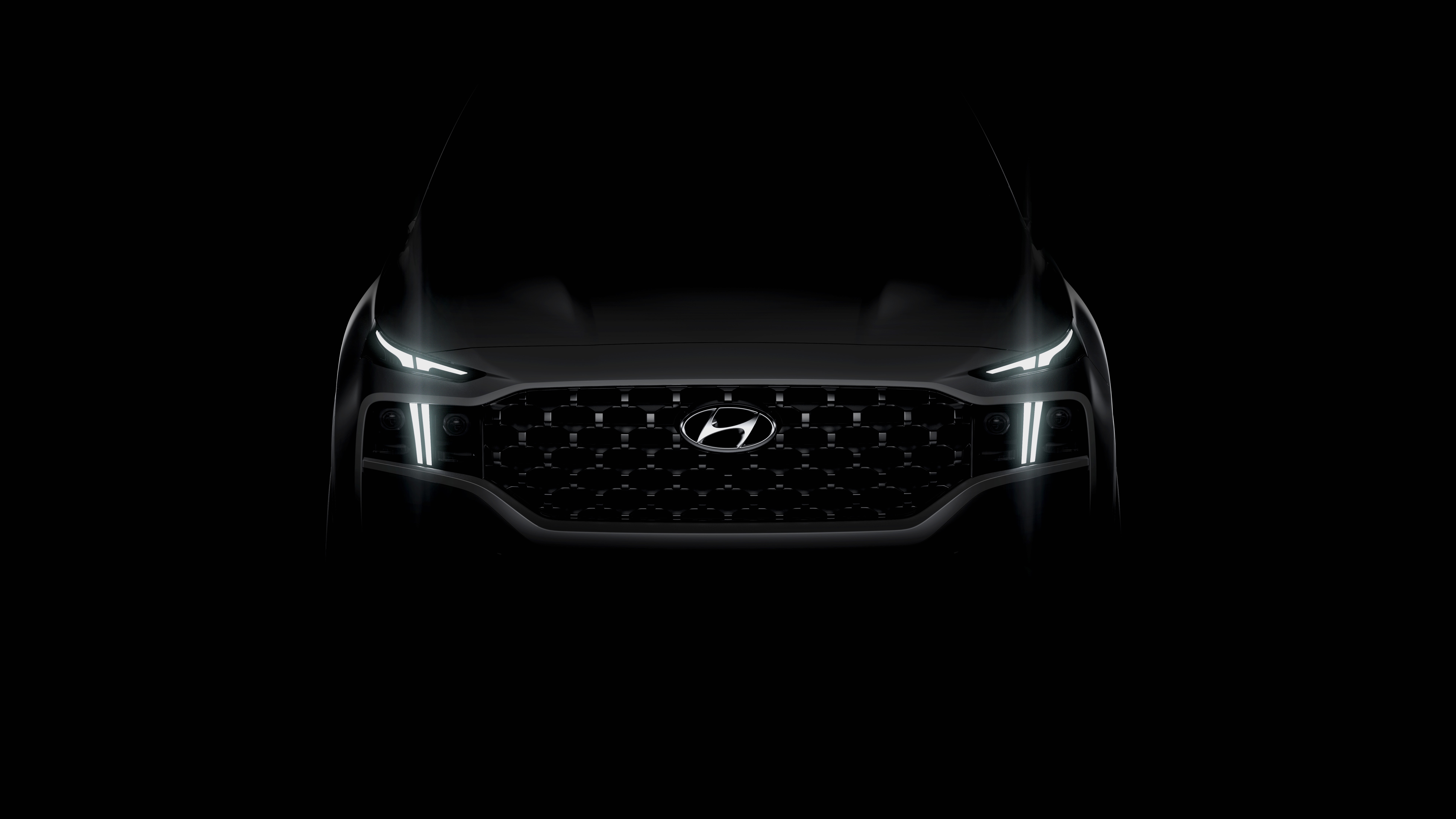 Enhanced and electrified: Hyundai Motor has released a first glimpse of the new Santa Fe facelift that will suffer a big makeover, including a new design, technology and powertrain.

The latest generation of the company’s longest-running flagship SUV will feature a dignified and charismatic exterior design, as well as interior design updates providing premium sensibility and comfort.

The teaser image reveals several new design features, including the combined front grille and daytime running light (DRL), as part of the new Integrated Architecture. The wide grille give the new Santa Fe a bold character, while the geometric pattern on the grille adds a stereoscopic aspect. The new T-shaped DRL complete the rugged character and make the new Santa Fe recognizable even from a distance.

Among other enhancements, Hyundai will also introduce a new electrified powertrain line-up, including hybrid and plug-in hybrid options for the first time. In addition, the new Santa Fe will be the first Hyundai model in Europe and first Hyundai SUV globally based on the all-new third-generation Hyundai vehicle platform. The new platform allows for significant improvements in performance, handling and safety, as well as facilitating electrified powertrains.

The new Santa Fe will be available in Europe starting September 2020. More information will be revealed in the coming weeks.