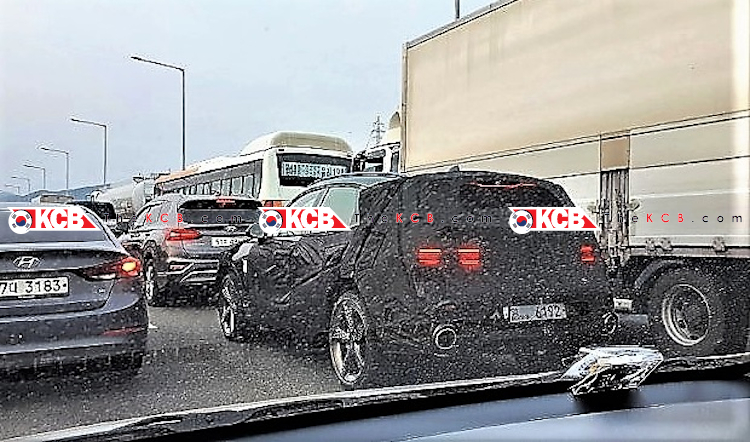 While yesterday we have shared the latest spy pictures of Genesis brand’s second SUV, the GV70, on 3rd stage guise today we want to share with you what looks like the first pic of GV70 Sport version. As you can see in the picture, you can see the same wind turbine type alloy wheels as G80 Sport prototype, but the biggest changes are in the exhaust, where a new, rounded and more promiment exhaust pipes were added. The GV70 is expected to be released in October.