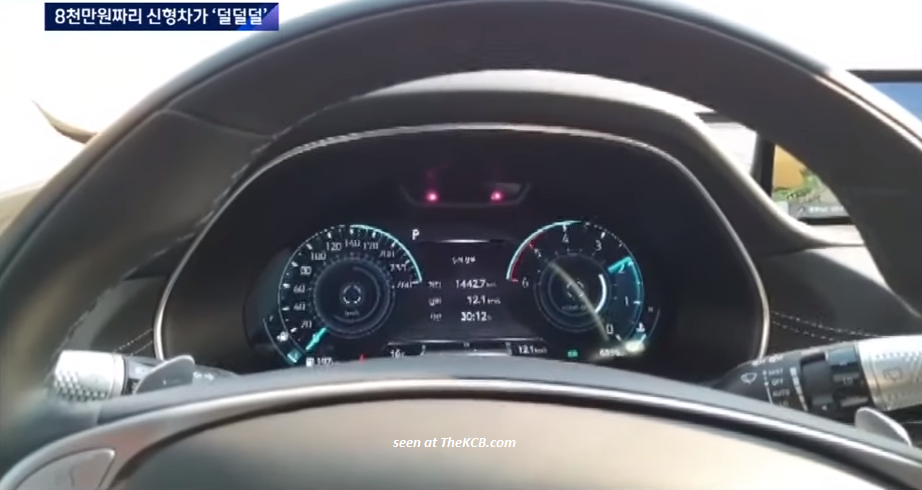 This is because the possibility that engine vibration and noise controversy has recently increased is due to engine defects. Hyundai Motor’s executives judged that the quality controversy should be resolved first, while sales in the US, China, and other overseas markets are ahead.

The GV80, launched at the end of last year, is Genesis’ first SUV. In particular, Hyundai Motor’s newly developed’SmartStream I6 3.0D’ engine for high-end SUV was installed for the first time. Hyundai Motor Company focused its efforts on the development of large-sized diesel engines for high-end vehicles.

However, some of the buyers of this diesel model pointed out that the vehicle and steering were shaking enough to make the driver’s voice tremble. In the meantime, Hyundai has responded only to vehicles in question by replacing the engine at that time. However, in addition to delaying vehicle releases and improving problems, Hyundai Motor Company decided to conduct engine inspections for customers who had already delivered the vehicle.

In the automotive industry, Hyundai’s response is considered unusual. An automobile industry official explained, “The reason why the factory stopped producing products that had to be fully operated in the absence of the exact cause of the defect was that Hyundai Motor decided that the quality problem had to be solved.” Moreover, in a situation where overseas sales plunged due to the corona crisis, it is interpreted that the management took special measures ahead of the overseas launch of the GV80. The GV80 diesel model was not certified for emission at the time of launch, so the launch time was delayed by a month.

Under the influence of Corona 19, Hyundai Motor’s sales in May (5,600 units) in the US, the largest market, fell 12.9% compared to the same period last year (6,100 units). The decline in sales in March was 31% and in April was 39%. Genesis also sold more than 1,000 units per month in the United States, then dropped to 970 units in March and 800 units in April. In the situation where the GV80 is being put into a’save pitcher’, Hyundai Motor seems to have taken quick steps to ensure quality. The GV80 is currently under contract in the U.S. and is expected to go on sale this year. It is known that the first model will be the GV80 after entering Genesis China.