Genesis GV80 Caught in Germany, Soon to be Released? 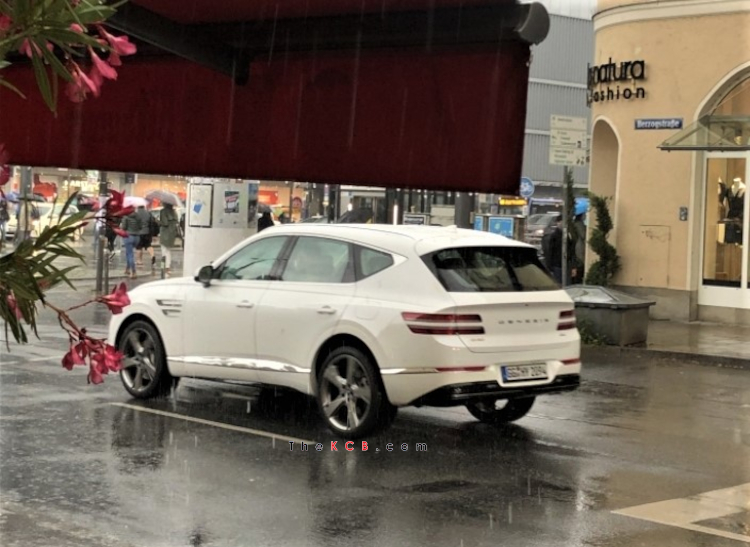 A top-spec Genesis GV80 was caught in Münich, Germany and this unit could confirm finally the return of Genesis to the European market. For two years the rumors have intensified and more recently some executive signings could confirmed near start of operations, but we think this could be the clearest one.

Cho was well aware of the risks. “I know the European market is very difficult for new entrants such as Genesis,” he said. That is why he said Hyundai would try to “build greater awareness of the Genesis brand even before selling cars.” For example, Hyundai will build a Genesis experience center in a major European city “where people can get to understand what the brand is about,” Cho said.

Despite the positive spin, there were doubts that Genesis’ European debut is close. “If they don’t give specific plans, I wouldn’t be so sure the launch will actually happen,” JATO Dynamics analyst Felipe Munoz said. “Two years is a long time and many things can change.” But recently Genesis appointed former Aston Martin & Maserati Head of sales.

Genesis Motor Europe has named former Aston Martin and Maserati executive Enrique Lorenzana as its head of sales. The Korean brand has yet to confirm when it will launch in the region or what its initial model line-up will comprise. It was initially planning a roll-out in 2020, with the UK, Germany or Switzertland as key markets.

The appointment of Lorenzana gives some indication of the premium market Genesis will be aiming for in Europe. He most recently served as Aston Martin’s head of European sales, following a seven-year spell at Maserati. The Spaniard has also previously worked at Audi and fellow Hyundai-owned brand Kia.

Initially there were two huge hurdles for Hyundai’s premium brand. First, Genesis had a sedan-heavy portfolio and no crossovers, which now its fixed with the GV80 and later this year with the GV70. Europe is a market where SUVs are hot-sellers and large sedans struggle to find buyers.

Many automakers that have tried to take a share of Europe’s growing premium market have failed or are struggling. Nissan premium brand Infiniti spent more than a decade fighting for a foothold in Europe, but collapsing sales forced Infiniti to announce in 2019 it would stop sales in Western Europe to concentrate on U.S. and China.