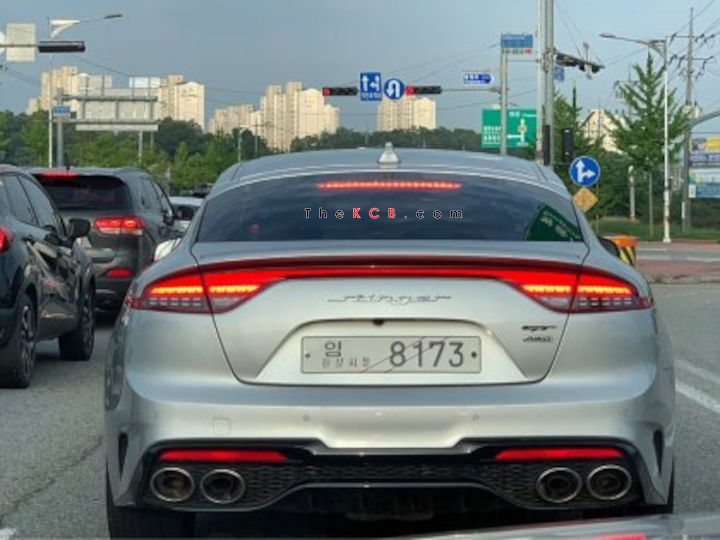 A new and fully undisguised picture of the facelifted Kia Stinger appeared in the internet. Together with that, you can listen to its new variable exhaust system on a video where a 3.3 Stinger facelift prototype was tested.