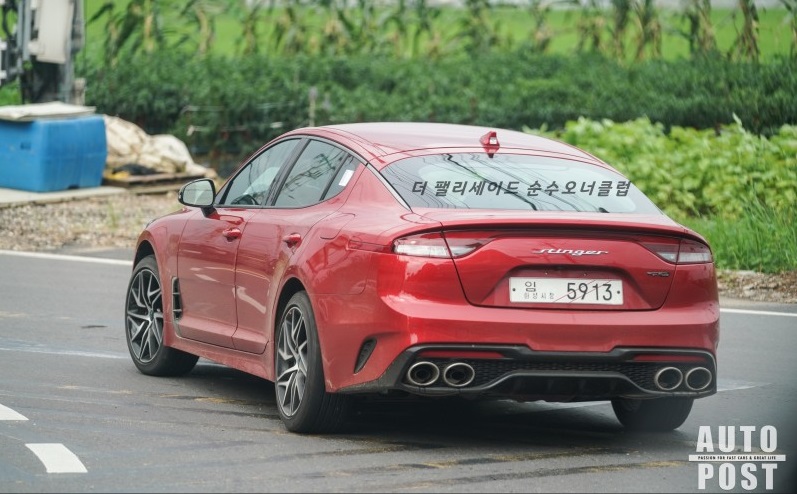 Today we have a big set of pictures of the All-New Kia Stinger facelift, caught again completely undisguised from every angle thanks to our colleagues at AutoPost, who managed to take pictures of this prototype near Hyundai-Kia R&D Center.

For starters, it has Stinger lettering instead Kia logo (this is usual for local Stinger’s), but the Kia logo is placed on the wheels. Apart from that, the car is a GT-Line but it has the variable exhaust. Will Kia place Stinger name for overseas markets? Will the 2.5 Turbo have variable exhaust without going to the more expensive 3.3 GT model?