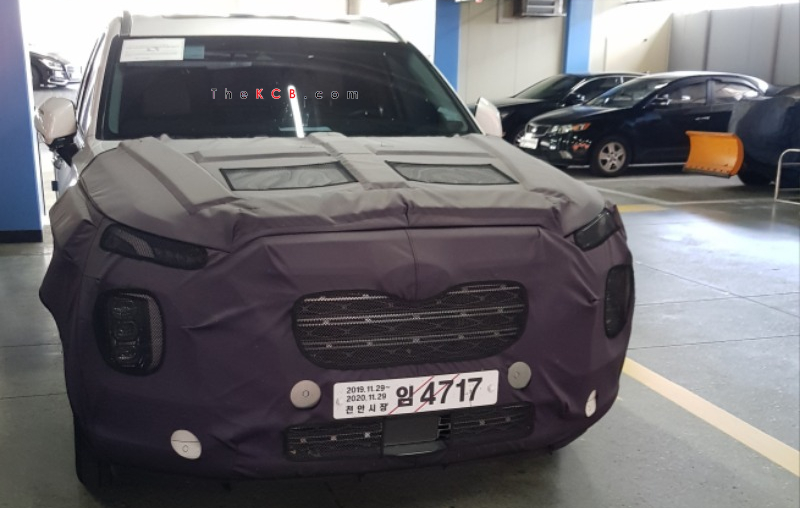 Looks like Hyundai could be already working on the mid-cycle facelift for the Palisade SUV. Despite was launched 2 years ago, the picture showed a Hyundai Palisade under camouflage caught inside of a parking lot in South Korea. Apparently the design is the same so we could be in front of an early prototype.

As these are the very first spy pictures of the Palisade facelift, we cannot say to much about what changes will have, if will have the same treatment as Santa Fe or Grandeur or instead that will receive a mild facelift. Hyundai could take advantage of this facelift and include a Hybrid variant like they did with the Santa Fe.

The Palisade facelift should receive latest safety pack, as well as new IT system and latest technologies we already have seen in models like GV80 or Grandeur.