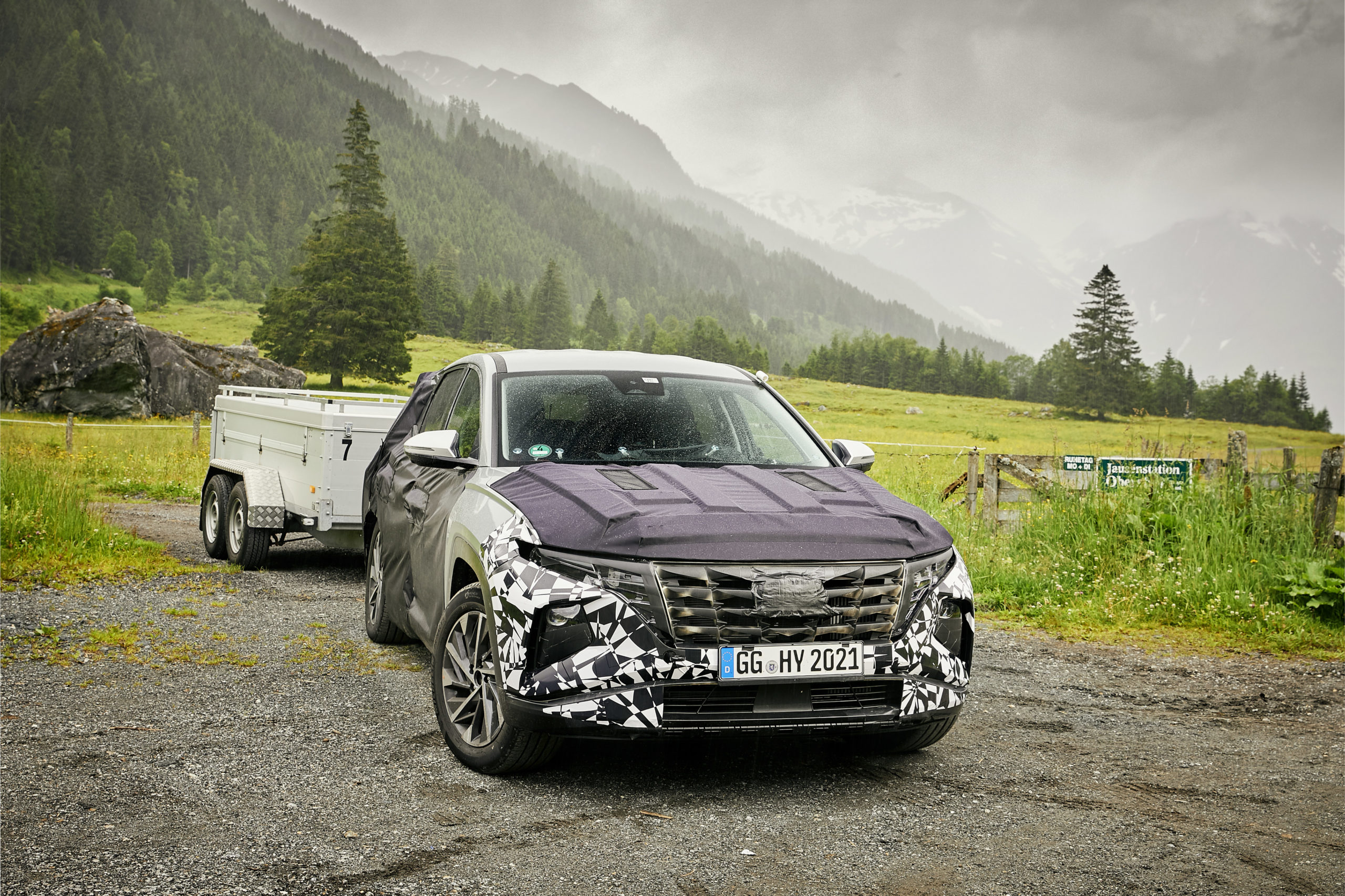 The all-new Tucson has completed the last steps of testing and quality assurance. Following an intensive development period in Hyundai testing centres, proving grounds and roads across the globe, the all-new Hyundai Tucson has been fine-tuned in the Czech Republic and Austria ahead of its market launch.

The all-new Tucson is the fourth generation of Hyundai’s best-selling SUV. It is the first Tucson to be developed under Hyundai’s new design identity, Sensuous Sportiness. It is also fun-to-drive, thanks to responsive engine and transmission choices, paired with practical characteristics for everyday usage, from four-wheel drive to towing capabilities.

Vehicle quality is a priority for Hyundai. In recent years, the company has consistently been recognised with awards reflecting this. In the 2020 U.S. Initial Quality Study, consumer bible J.D. Power ranked the third-generation Tucson the best compact SUV on the market.

“Hyundai is committed to producing vehicles of the highest quality. This is also embodied in our industry-leading Five Year Unlimited Mileage Warranty package, which offers peace-of-mind for customers,” said Andreas-Christoph Hofmann, Vice President Marketing and Product at Hyundai Motor Europe. “Thanks to the extensive testing of the all-new Tucson ahead of its market introduction, customers can feel confident that they are selecting a car that is one of the best for initial and long-term quality.”

In recent months, the all-new Tucson has been developed and tested in Europe performing accelerated durability tests and dynamic testing on the most demanding race track in the world, the famous Nürburgring Nordschleife, as well as undergoing rigorous public-road testing throughout Europe from the coldest winter testing conditions in Sweden to trailer testing in the Alps and hot weather testing in the south of Spain to ensure that the high expectations of European customers are met.

Throughout the testing process on a dedicated proving ground in Czech Republic, the all-new Tucson had to prove its quality in extreme conditions and was put through its paces in various scenarios. As a true SUV, the four-wheel drive system, torque distribution, clutch controllability and torque build up at low speeds were tried and tested under different conditions. This thorough testing enables drivers to take the all-new Tucson on to difficult terrain without compromise.

On challenging roads, for example, Hyundai engineers verified the overall body structure rigidity, opening all doors, tail gate and panorama roof with two wheels on the ground and two wheels diagonally in the air. The doors were closed without any problems during this challenge, confirming the vehicle’s body rigidity. On the Noise Vibration Harshness (NVH) surfaces, engineers identified abnormal noises the car made in certain situations and reduced them in order to guarantee the best experience for all-new Tucson customers. Each surface provided a different frequency of noise in the vehicle, allowing for thorough testing.

Engineers also drove the vehicle into water to check that features such as the underbody covers and wheel guards would hold properly after driving in water, even at higher speeds. In addition, they examined whether the model can easily drive in water fords with a depth of 20 to 30 centimetres. Furthermore, the parking brake, Autohold assistant and Downhill Brake Control had to prove their durability on steep hills with inclines between 30 to 45 per cent. Stress was also applied to the clutch during a vehicle launch on a slope to ensure the all-new Tucson is ready for day-to-day challenges.

After proving that it is built to last in the Czech Republic, the all-new Tucson had to demonstrate its towing capacity in the Austrian Alps. On the Grossglockner mountain, Hyundai’s engineers took the all-new Tucson on a difficult route with a trailer, testing the vehicle’s behavior while towing a trailer uphill, downhill and around corners.

The ongoing final testing run allows testing engineers to incorporate their latest findings in the final series production vehicle, ensuring the all-new Tucson will deliver a fun and reliable experience for future customers.

With more than more than 7 million units sold globally since it launched in 2004, 1.4 million of them in Europe alone, the Tucson is Hyundai’s best seller in the region. Production will take place at the Hyundai Motor Manufacturing Czech (HMMC) production plant in Nošovice, Czech Republic, making it the third generation Tucson to be produced in Europe, for Europe.

The digital world premiere of the all-new Tucson will take place at 02:30am CEST on 15 September.