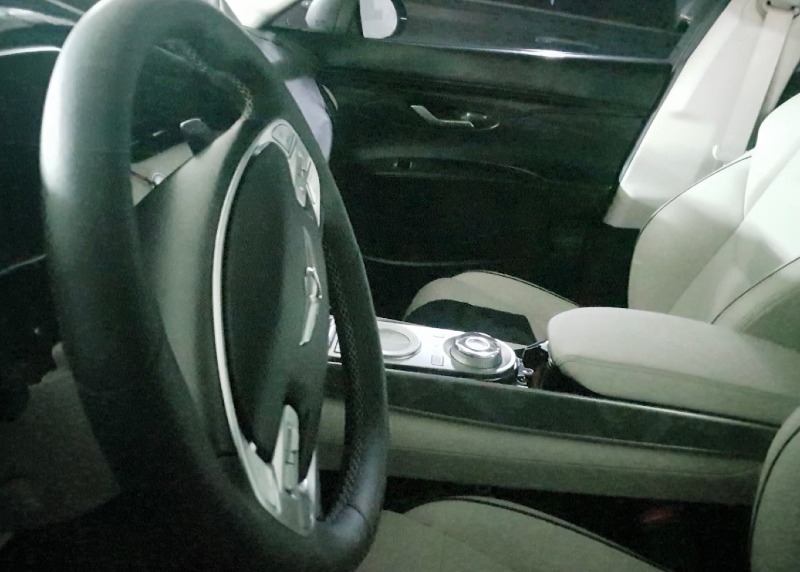 Today we want to share the latest pictures of the Genesis GV70 Sport spied in South Korea, where we can see the GV70 (codenamed as JK1) prototype from the inside, now with the same rugby steering as the GV80 and the same rotary gear selector as GV80 & G80 models.