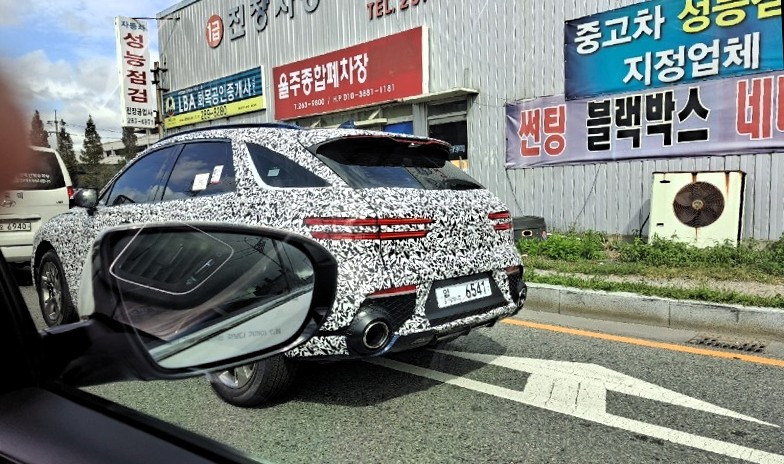 Today we want to share the latest pictures of the Genesis GV70 Sport spied in South Korea, where we can see the GV70 (codenamed as JK1) prototype losing camouflage, this is the first time we can see it with sticker camouflage in South Korea but they removed more sticker and now we are able to see more about the bumper and the sport exhausts. What do you think?