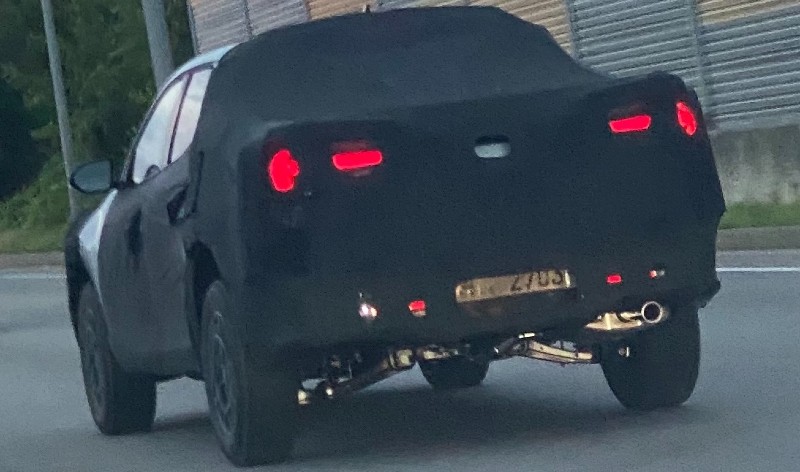 This week we showed you up for the first time the production grille on the long awaited Hyundai Santa Cruz pickup that has similar lights, but with different design, to what we already have seen in the All-New Tucson. Now it’s time to look at the back on this new spy picture where we can see Thor’s Hammer inspired taillights.