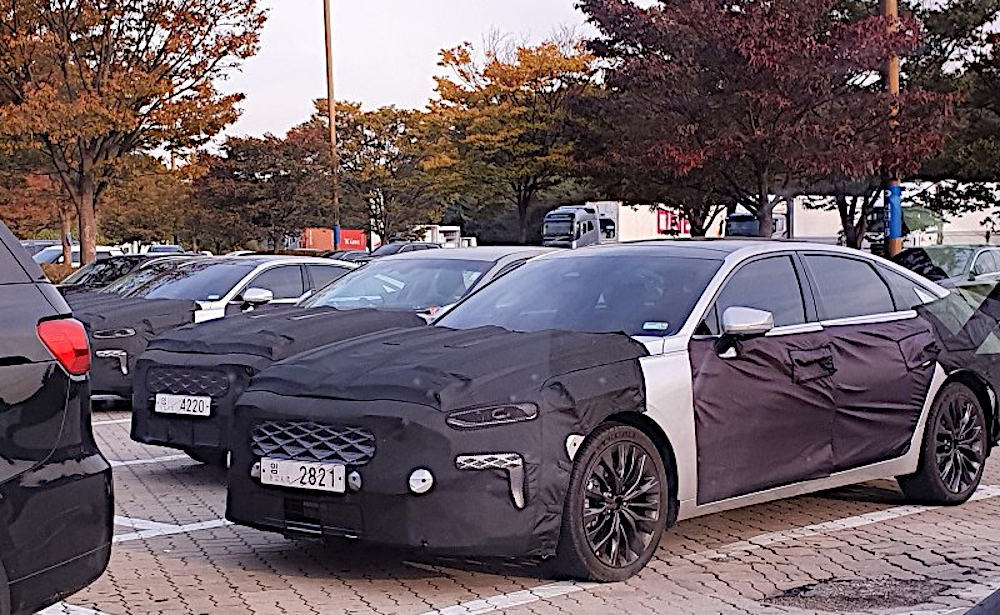 Today we want to share with you the latest spy pictures of the next generation Kia K7 GL3, which is the car that it will premiere the new Kia logo when released on March 2021. Now we have new pictures of the exterior, where we can see the grille pattern extended side to side under headlights and a widescreen dashboard that looks similar to what we have seen on the new Carnival (but looks slightly curved).