Kia Claims the K5 GT is Faster than BMW 330i 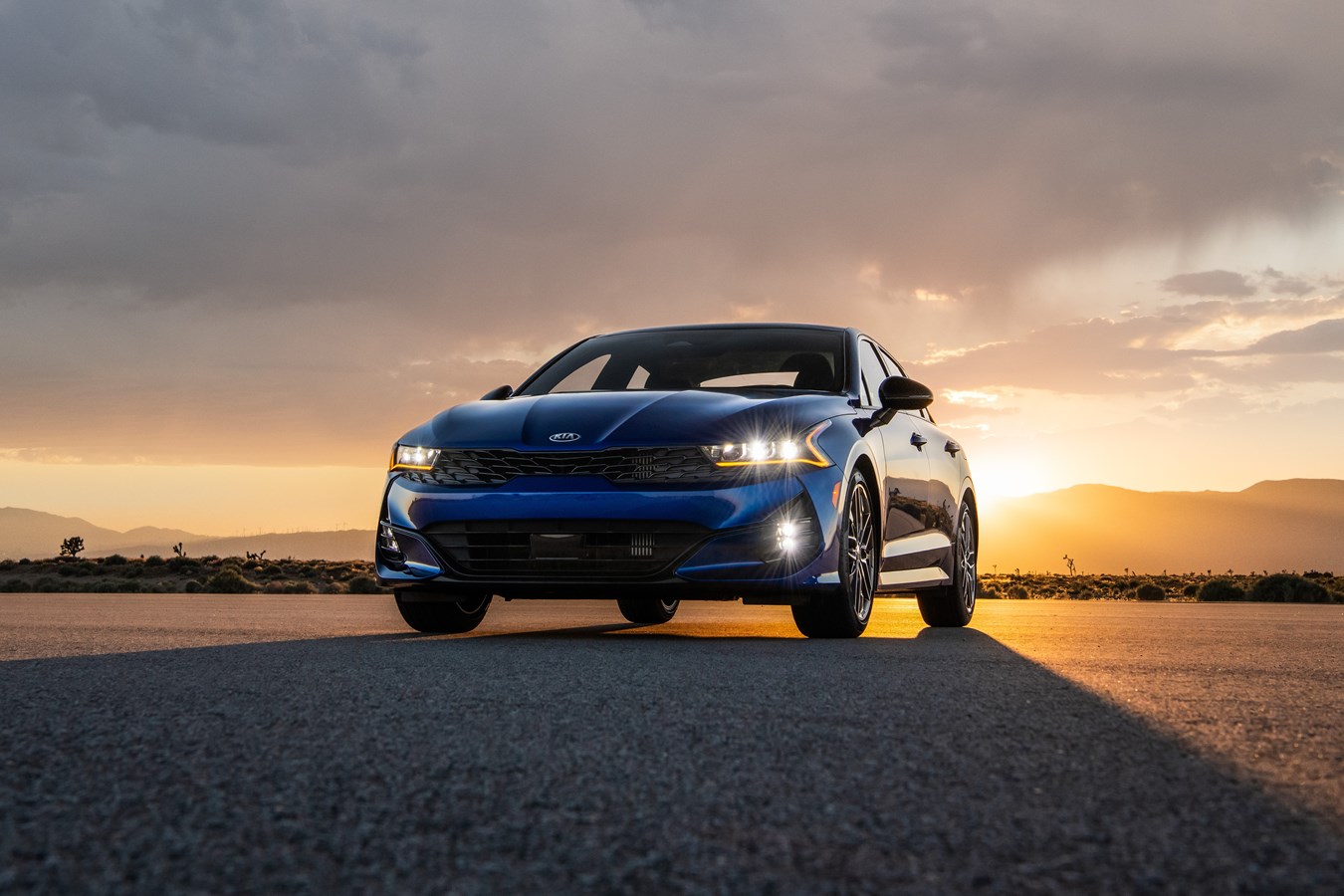 Kia already introduced the all-new 2021 K5 midsize sedan to the North American market and continues making some noise with the latest episode of the “Stunt Wars” were claimed that the brand’s most powerful midsize sedan ever is faster than a BMW 330i.

The latest element of the multi-layered creative marketing campaign is a :30-second broadcast spot entitled, “Stunt Wars.” In the spot, professional drivers Brionna Lynch and Sean Graham drive their respective K5 GT sedans through a harrowing slalom of steel beams as they deftly maneuver hairpin turns and speed down straightaways before skidding to a photo finish.

The spot’s voiceover states that when compared to the BMW 330i, the Kia K5 GT bests the German-engineered performance stalwart in both cornering and acceleration tests as conducted by AMCI.

“The all-new K5 injects new life into the midsize sedan segment and it raises the bar on what consumers can expect from Kia,” said Russell Wager, director, marketing operations, Kia Motors America. “Previously, only German-engineered vehicles were lauded for their driving dynamics. Now, with the 2021 K5 GT besting the 2020 BWM 330i in cornering and acceleration, Kia has challenged the entire midsize sedan category by elevating the standards that performance sedans are judged upon.”

Launched in June, the K5 midsize sedan was featured throughout the summer in a series of live events, creative broadcast campaigns and never-before-seen marketing partnerships, including those with NBCUniversal’s America’s Got Talent and the 72nd Emmy Awards telecast. Broadcast spots including “Triple Threat Stunt”, “Turning the Lights On” and “Flatspin” highlighted various performance advantages K5 enjoys over the competition. The multitiered, sustained rollout was designed to showcase the all-new K5 midsize sedan in unique and unexpected ways.