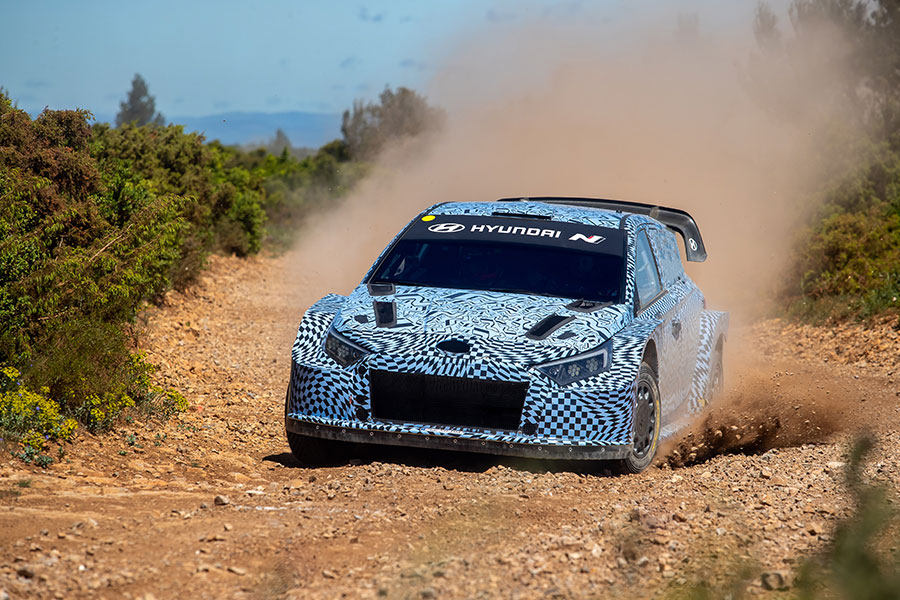 Hyundai Motorsport has been doing very well in both WRC and Pro Circuit racing with their vehicles taking podium positions at a consistent pace. In their efforts to stay current with today’s technology, they have introduced their prototype hybrid WRC car for 2022.

The prototype is based on the new I20 N chassis and who has earned its own praise in terms of handling and power on the street compared to similar class vehicles. Hyundai has already begun testing of the prototype on gravel roads to see what the limits of the car off road wise. According to one of Hyundai’s team principal Andrea, “It’s a special moment when you take a car to the road (gravel) for the first time and as always there are some challenges to face.”

For those that are unfamiliar with WRC, to build a rally car is very different from a road race car. A lot of reinforcement is done throughout the chassis as the car will be continually berated with bumps, dips, and jumps. Some areas like the strut towers get intense reinforcement like welding additional plate around the OEM shock mounts to prevent the suspension from punching through the body. In addition, suspension and body protection in the form skid plates require additional chassis braces to keep the plates in place and removable during service. These just to name a few things that change a road car to a WRC grade rally car.

Despite the new build Hyundai is already stress testing the vehicle as they have been private testing the car at Hyundai’s testing facility in Germany. According to Andrea “We have seen interesting things, some that need to be changed and improved but it is all part of the process and of the job,” added Andrea. “The team has done an amazing job and has worked so hard to prepare the car for the first test in such a short amount of time.” Despite having already a solid Motorsports background, it’s easy to understand why Hyundai will be testing the car in multiple avenues to gather data.

A WRC is already a handful as is with the build an maintenance. However, add hybrid technology to it and you have a whole another level of complexity, particularly with safety and durability. With hybrid tech you are now dealing with dangerous levels of electricity that both propel and slow down a vehicle. In addition to that, you also added a significant amount of weight to the car just in batteries and cables alone. The standard kill switch will no longer be enough terms of shutting the car down and the risk of wiring grounding to the body or shorting out due to water are high. Add that to making sure the batteries do not crack during the violently fast stage or in the event of a crash.

We will be very curious to see how well Hyundai will handle those constraints. No doubt they will create ingenious Motorsports solutions if they haven’t already. The car is set to debut at the Monte-Carlo Rally in 2022. We are both happy and excited Hyundai has continued their Motorsport endeavors and hope they continue to make super fun cars like the Veloster-N, I30-N, and I20-N.