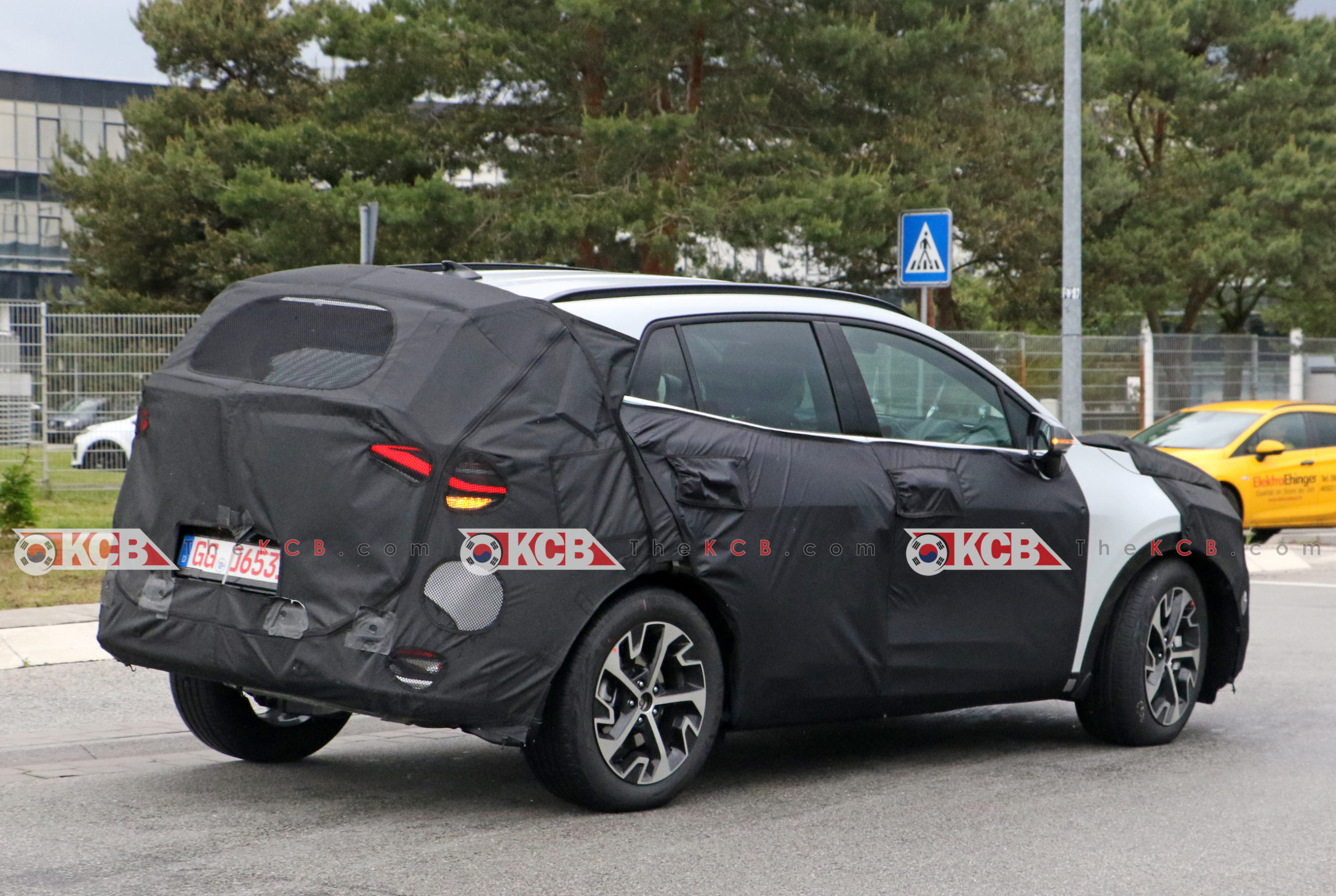 The next generation Kia Sportage has been spied during testing in Europe once again thanks to our colleagues at CarPIX who captured the next-gen mid-sized SUV near Hyundai-Kia European Technical Center in Rüsselsheim, Germany.

And this time we can also see the production lights on the new Sportage giving us a better look at the car. The 5th gen Sportage is almost ready for debut so we should be in front of a pre-production model already.

Especially up front the new positioned head lights with its distinct LED DRL’s gives the new Sportage an all new appearance.

The roofline is more sloping and the slimmer looking C-pillar indicating a more sportier look and we can also see that the back will get a completely new look as well. For some people, and after the back design was leaked, is the part of the car where people are more concerned about.

There will be several engine options for the new iteraction of Kia’s best selling SUV including a full hybrid and a plug-in hybrid option as well as mild-hybrid variants for the European market. Sharing the platform with the new Hyundai Tucson it’s not really surprising.

As we already said before, the debut for the 5th generation Kia Sportage is expected during June. The next-gen Sportage will have two variants, the regular one (pictured in this article) for the European market and a long-wheelbase variant for South Korea or North America.