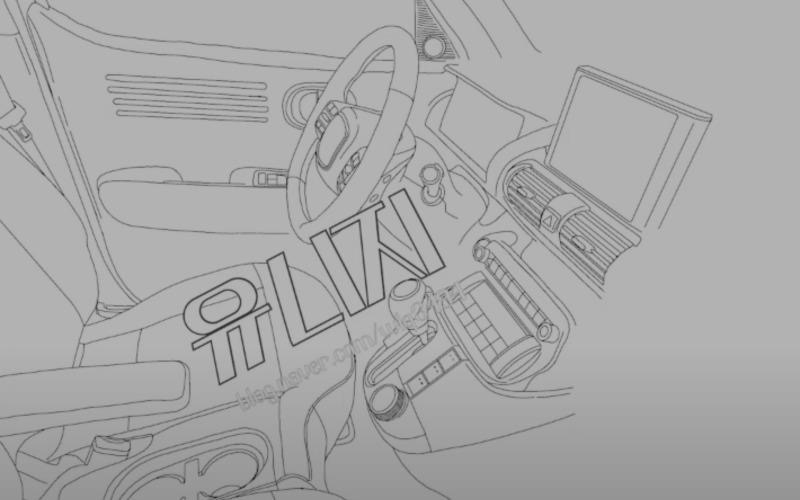 Today we want to share with you a picture that we found on Bobaedream, it’s about the Hyundai Casper small SUV, a diagram of the interior was leaked showing the full design. Looks like it will have a digital cluster similar to the Tucson and a big IT screen in the top of the dashboard.