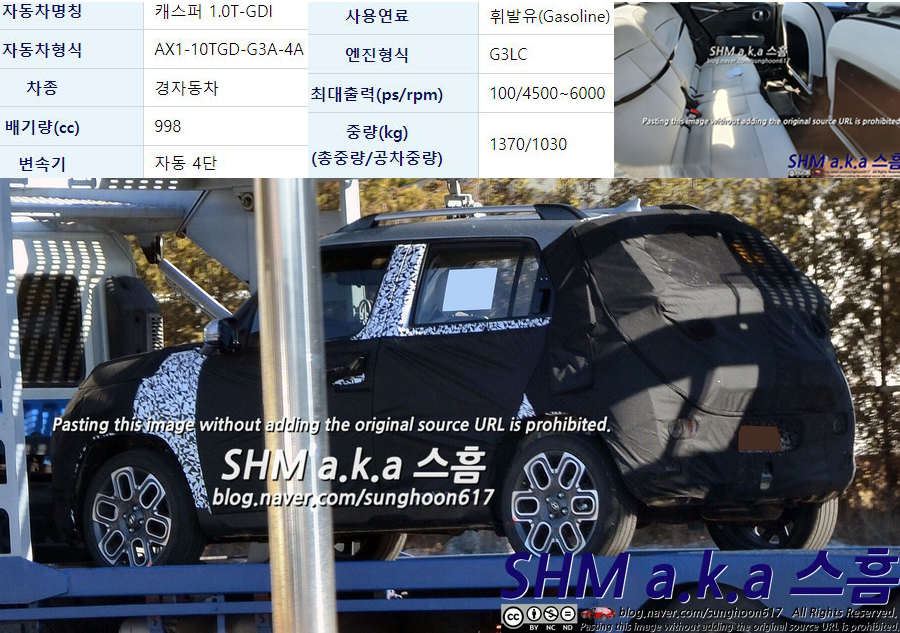 Today we want to share with you powertrain details of the Hyundai Casper small SUV, thanks to our colleague SHM Studio, who recently passed through Korea Emission & Noise Certification revealing two gasoline engines for the South Korean line-up. It is expected that the Casper will also have a EV powertrain, we will give you more details soon.

Powerful Casper model will have a 1.0-liter Turbo with 100 hp