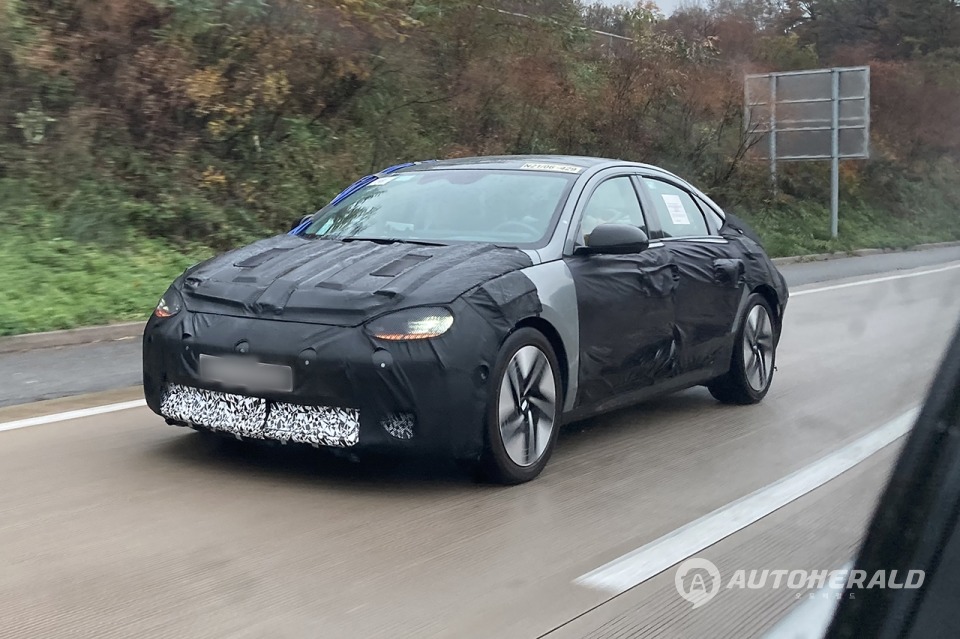 Today we want to share with you the latest pictures of Hyundai IONIQ 6. We already said that Hyundai’s second dedicated EV were spied by the guys at AutoHerald showing front and rear bumpers sticker camouflage. Apparently the grille is also new. Apart from that Hyundai planned to introduce a new and larger battery pack. All this changes resulted in a delay of about 3 months. The IONIQ 6 is smaller than expected and little bit shorter than a Hyundai Elantra.