Hyundai to Test Autonomous Level 4 in Seoul from 2022 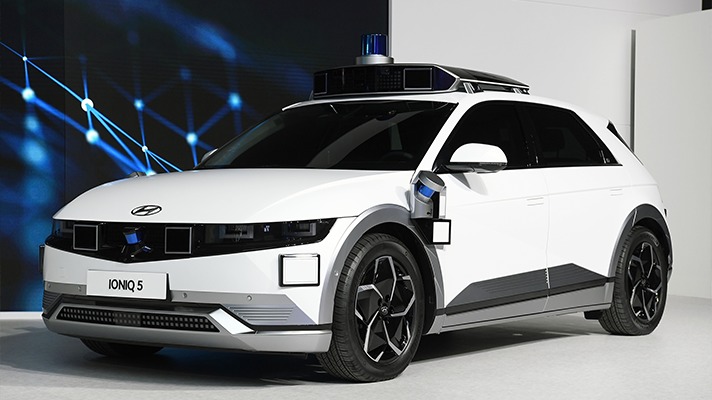 Hyundai Motor announced during 2021 Seoul Mobility Show that it will carry out a test-run of a Level-4 autonomous vehicle in Seoul in the first half of next year using the IONIQ 5 RoboTaxi for mobility service.

South Korea’s No. 1 automaker unveiled the plan during the 2021 Seoul Mobility Show this week to start the test-run of the RoboRide service using its Level 4 self-driving vehicle on streets in a designated zone in the downtown capital.

A Level 4 autonomous vehicle means the car can operate almost independently with little intervention or control by the human driver. It is designed to handle unexpected situations, like a system failure, although the human driver can still take back the wheel manually.

The planned operation will help verify and further advance the self-driving technology, Hyundai said. It also unveiled the rendering of the autonomous vehicle, which will be made based on its electric IONIQ SUV model, it said.

“We’re developing a fully autonomous technology that won’t require the driver’s intervention, based on the self-driving technology that has been verified and applied to existing models,” Jang Woong-jun, head of Hyundai’s autonomous driving division, said. “We plan to introduce soon a robo-delivery service that will promote logistics efficiency,” Jang said.

The automaker also revealed it is working to add more functions to Level 4 self-driving, such as the ability to remotely connect to a control center for support in the event of emergencies on the road.

A self-recognition system that detects school buses or ambulances either by their shape or sound so as to give way is also among those being developed, Hyundai said.

← Prev: Live Gallery: All-New Kia Niro at Seoul Mobility Show Kia Niro Caught in the Wild: This is it →