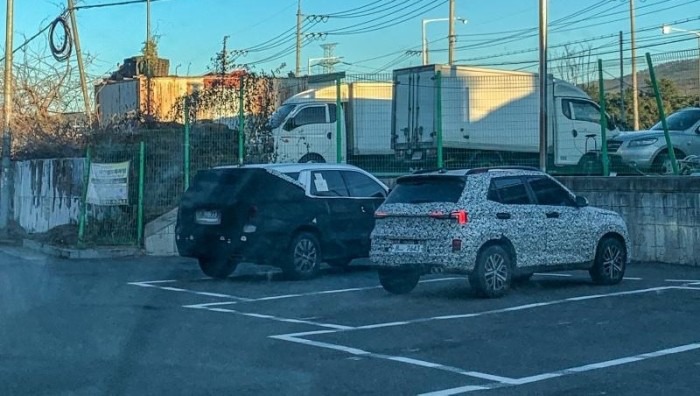 Looks like Hyundai is already working on the mid-cycle facelift for its former entry-SUV Venue. The current generation Venue was released at NY AutoShow in 2019. The compact SUV (codenamed as QX1) was a hit in India with 82,000 units sold.

We recently have seen the very first pictures of Hyundai Venue facelift, but these are the clearest images. Thanks to Hyundai who have removed the canvas camouflage we can take a closer look to the rear where we can see a completely new taillights and bumper.

It is pretty difficult to see what’s under the heavy camouflage, but looks like Hyundai will introduce many changes to try to redirect its sales performance in markets like South Korea or U.S. where the compact SUV is far from successful.

The Venue should receive latest safety pack, as well as new IT system, maybe 8” to a 10,25″ larger screen and a full digital cluster (like the one in the refreshed Kona).