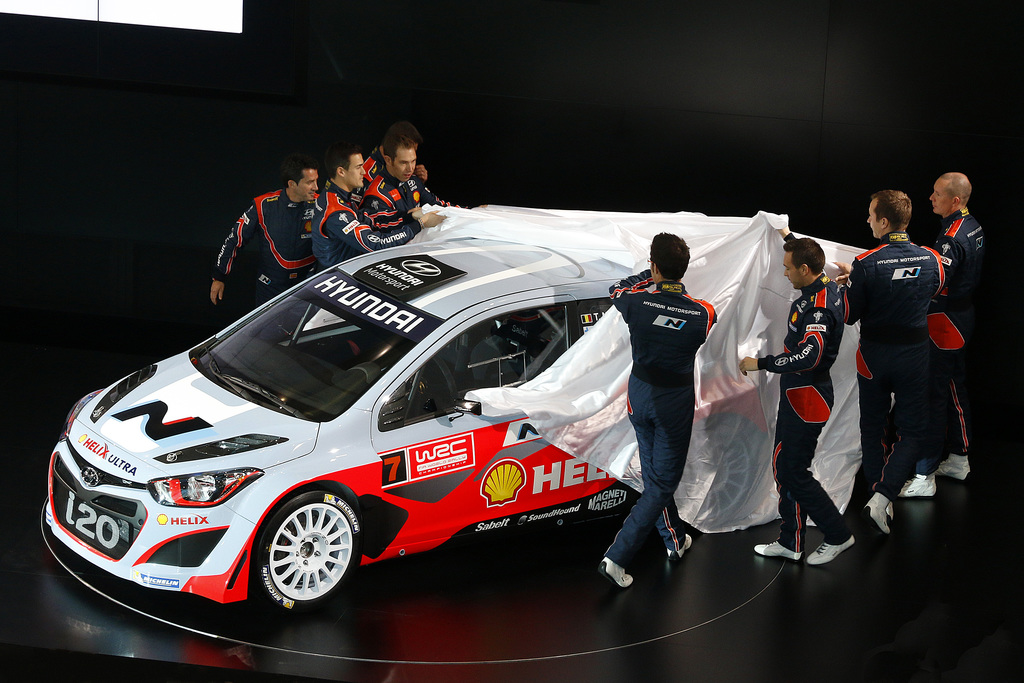 In just over a year since its establishment, Hyundai Motorsport is ready to join the ranks of the competitive FIA World Rally Championship (WRC) next week with two Hyundai i20 WRC cars entered into the prestigious Rallye Monte-Carlo, round one of the 13-rally 2014 WRC season. END_OF_DOCUMENT_TOKEN_TO_BE_REPLACED

Hyundai Motor Company also used the occasion of its WRC launch to announce that Hyundai “N” will be used to symbolise Hyundai’s high performance technology on both the i20 WRC car and future mass-produced high performance cars. END_OF_DOCUMENT_TOKEN_TO_BE_REPLACED

Hyundai Motorsport has unveiled its full team line-up at a special launch event in Offenbach today, as the manufacturer gears up for its debut in the 2014 FIA World Rally Championship at Monte Carlo next month. END_OF_DOCUMENT_TOKEN_TO_BE_REPLACED