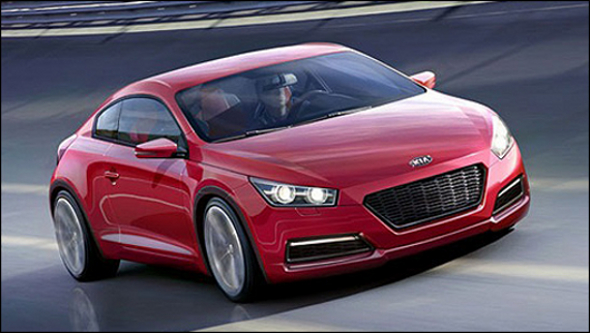 According to WhatCar? Kia prepared the V8-powered coupe based on the K9 sedan. The future Kia K9 uses a large and rear-wheel drive platform intended to be powered by both V6 and V8 engines when it comes to market in 2012, Kia plans used this platform to create a RWD.

The unnamed coupe is expected to make its world debut at the Frankfurt Motor Show this September, becoming a halo car for the brand as it attempts to improve brand image. As if one Kia RWD V8-powered coupe isn’t enough, Kia’s chief Hank Lee also suggested a second concept car will arrive at the North American International Auto Show (also known as the Detroit Auto Show) this upcoming January.

Kia will then decide based on the reception of its two concepts which model will be groomed for production with a targeted introduction year of 2015. Other info coming from the interview suggested that Kia is contemplating adding a skunkworks division to produce performance models, like Toyota’s TRD, Ford’s SVT or Mercedes-Benz’s AMG.