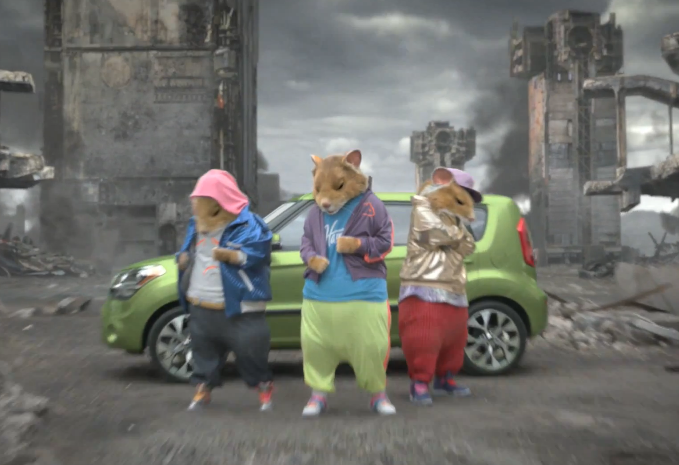 The Kia hamsters are back. As if the original Kia Soul small crossover wasn’t eye-catching enough, the South Korean brand introduced it two years ago with TV ads featuring groovin’ hamsters. Now that there is a new Soul to promote, the refreshed 2012 version, and Kia is bringing back the rad rodents.

The 60-second ad starting Sunday on the MTV Video Music Awards show will feature the ‘sters set in a videogame world facing off against alien robots and humanoids into an interstellar dance party. The ad is set to the song Party Rock Anthem by electro-pop group LMFAO.The ad was created by agency David & Goliath.

“The success and popularity of the Soul continues to grow and attract new customers to the Kia brand, and with music playing an important role in our marketing efforts it is the perfect time for the hamsters to return,” said Michael Sprague, Kia Motor America’s vice president of marketing.

In addition to TV, the ad will show at movie screens across the country starting Sept. 2 — not to mention Facebook, Kia.com and YouTube. There is also a contest planned: Beginning mid-September, consumers will be invited to participate in a LMFAO-inspired “shuffle” dance video submission contest hosted on the Kia Soul YouTube and Facebook channels.