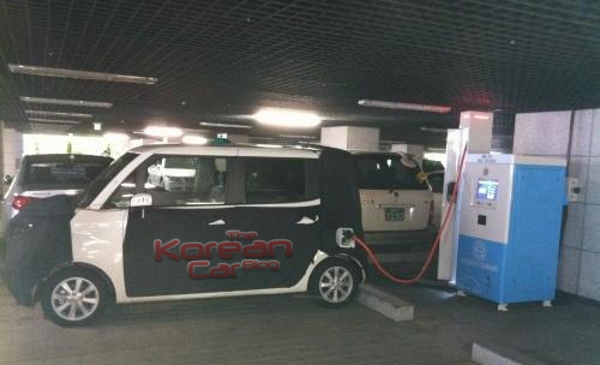 We could consider Kia and Hyundai as latecomers to the hybrid scene, but lately they both have made great strides introducing their first-ever hybrid sedans, the Optima Hybrid and Sonata Hybrid, which are both already on sale in the US and as far as we know, they sell pretty well there.

Although entering the hybrid-car race late, the Hyundai-Kia Automotive Group has an ambitious plan of becoming the most eco-friendly automaker on the planet. To achieve the goal, both South Korean carmakers plan to unveil a wide range of low-pollution and zero-emission vehicles, using an in-house developed eco-friendly technologies.

Recently, Hyundai and Kia revealed their strategies and roles in the development of the forth-coming eco-friendly cars. Reportedly, Hyundai is going to focus on development of gasoline-electric hybrid cars, plug-in hybrids, as well as hydrogen-powered vehicles, while Kia will play a major role in developing of fully electric vehicles.

Out of all planned low-pollution vehicles, the first to hit the streets will be a brand-new full-electric TAM keycar, which is scheduled to hit the market already before the end of the year. Based on the new Kia Picanto, the 2013 Tam will feature an electric motor and a set of highly-advanced lithium polymer batteries.

Kia plans a yearly production of 2.000 units and is seriously considering exporting the vehicle to foreign markets. Depending on demand, Kia might later lift production of the fully-electric TAM to 5.000 units per year.

At this point, we have very little information about the new electric TAM (code name) city-car, but we have learned that more details about the project have been unveiled to the European media during the Kia executive’s meeting with reporters during the Frankfurt Motor Show.