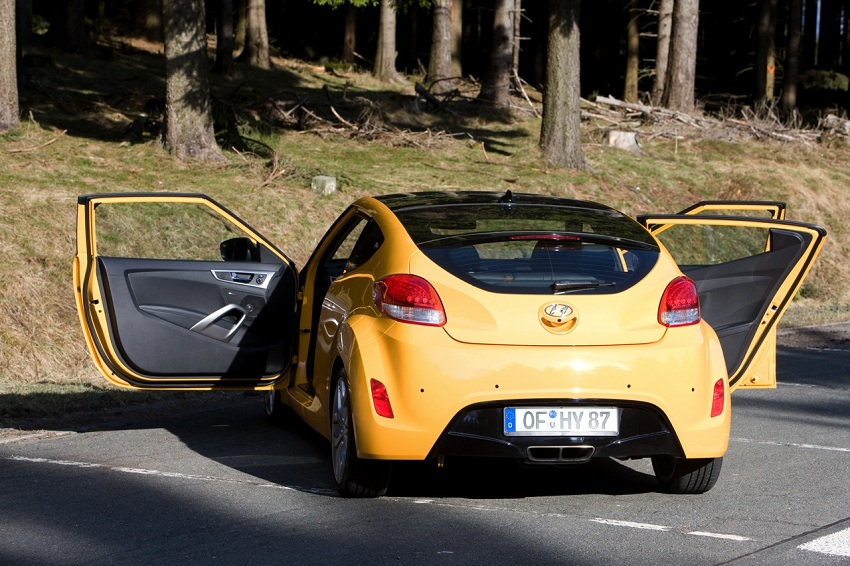 According Car and Driver, a second aperture is planned for the left side, bringing the total door count up to a more conventional five. The second driver’s side door is reportedly being installed for markets like the UK, where the driver sits on the wrong other side (a similar problem to what Mini found with the Clubman). But that addition could be destined for the US market as well.

The Veloster with the extra door wouldn’t be the only new five-door planned for Hyundai’s lineup, as an Elantra Touring based on the new European-market i30 sportwagon/hatchback is widely expected to make the transatlantic voyage as well. Apparently the Korean automaker thinks there’s enough room in its range for both.

Eunjoo Shin, Manager for the Overseas Product Planning Team at Hyundai Motor Company has revealed earlier this week that the company was working on the development of a Veloster embodying a conventional five-door configuration.

It’s the first time the company has admitted that they have plans for the Veloster beyond its quirky style of one long door on the driver’s side and two shorter doors on the passenger side. Asked to verify or deny Ms Shin’s statement, Hyundai Australia’s Senior Manager for PR and Events, Ben Hershman, was unable to offer any further information on the timing of a global launch for the ‘mirror-imaged’ Veloster.

“We don’t have that information to hand,” he simply replied.

The Veloster as we know it will be introduced to Australia near the end of this year. Hershman says it’s too early to discuss pricing and specification for the new car, let alone an alternative variant yet to be officially announced.

“HMCA is very focused on the ‘1+2’-door Veloster as an exciting and innovative car for our customers,” he said, hinting that the five-door model was yet to appear on Hyundai Australia.