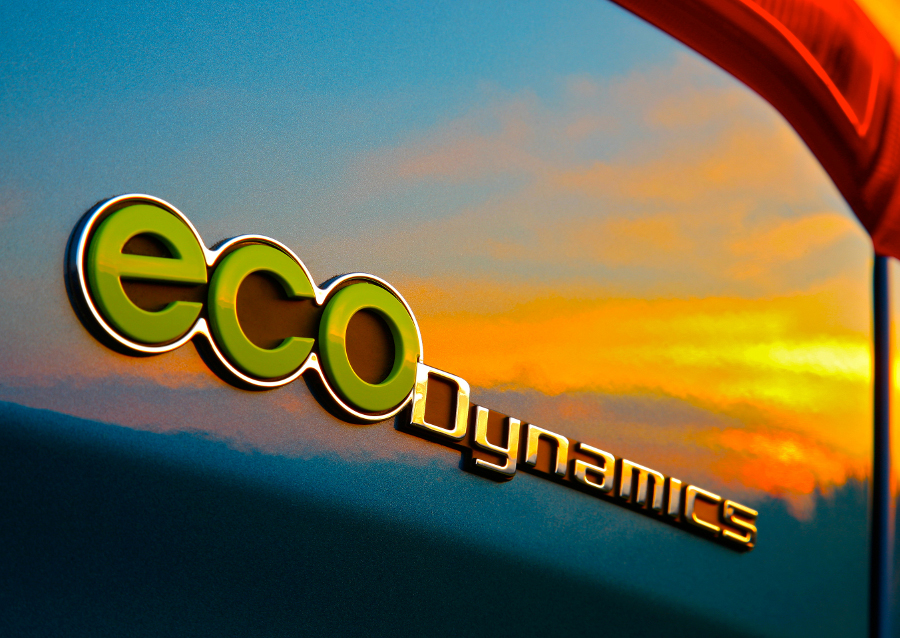 In 2009 a new word entered the Kia lexicon: EcoDynamics. In just 11 characters it sums up Kia’s intention to continue to make cars which are fun to drive, practical, appealing and good value while reducing their impact on the environment. And with the all-new Rio it will reach a remarkable high.

EcoDynamics is a green umbrella for a wide range of technologies. Ultimately it will lead to alternative-fuel cars with zero tailpipe emissions, a process that is already well advanced. Kias with electrified drive trains will be emerging as early as 2012 and already the company has its first hybrid on sale in some markets, based on the new Optima.

But the biggest impact will come about through radical improvements to the economy and emissions of cars with petrol and diesel engines, which will continue to be the dominant power source for at least the next two decades.

More fuel-efficient cars do not come about by accident. They require huge investment in new engines, transmissions, materials and technologies. Efficiency has to be designed in from the start, so it is with the new Rio featuring an advanced three-cylinder CRDi diesel delivering up to 88.3 mpg whilst being the cleanest internal combustion engine in the world, emitting just 85g/km of CO2.

In 2008-09, when the world was reeling in the aftermath of the global banking collapse, Kia made the decision to invest heavily in a range of sleeker, lighter cars with advanced new powertrains and state-of-the-art fuel-saving technologies.

Soon afterwards the revised cee’d appeared with an Intelligent Stop & Go (ISG) system to stop the engine when the car is stationary in traffic and restart it again when the driver is ready to move off. Manual versions also advise the driver of the most fuel-efficient points to upshift. These features have appeared on selected versions of almost every Kia launched since. Together, they can achieve fuel savings of 10-15%.

Every new model seems to be accompanied by the introduction of smaller and more fuel-efficient engines. The 2009 Sorento saw the arrival of the R-Engine family of turbo diesels, plus a world-class six-speed automatic transmission; the Venga featured a smaller, 1.4-litre version of Kia’s European-made CRDi U2 diesel; for the Sportage, a 1.7-litre U2 diesel was added plus Kia’s first direct-injection petrol engine – a 1.6 belonging to the Gamma family; and the latest Picanto has new 1.0- and 1.25-litre Kappa family engines. A turbocharged version of the 1.0 was displayed at the 2010 Paris Motor Show, and is scheduled to start appearing in various models in 2012. And the all-new Rio has a 1.1 CRDi engine capable of 85g/km CO2. In every case, lower CO2 emissions have been achieved at the same time as greater performance.

Gasoline direct-injection (GDi) petrol engines will continue this process. The recently launched Soul facelift has a 1.6 GDi engine with increased power output and better emissions. The Optima, a car which has yet to come to the UK, was introduced in the USA with a 2.0-litre GDi turbo engine delivering V6 performance without the fuel penalty. It is only a start to what Kia has in mind.

Kia is also working on a double-clutch transmission to deliver the convenience of an automatic with even better fuel economy than a manual. And it has developed its own continuously variable transmission for hybrid vehicles, which is cutting fuel consumption by 7% compared with a conventional automatic.

The company has set itself the target of making its entire range 10% lighter by 2015, which would bring about a 3.2% reduction in fuel consumption. Lightweight materials will replace steel where it is feasible, and the number of parts will be reduced. The kind of detailed thinking that Kia designers are applying is seen to good effect in the case for the air conditioning unit in the Optima. It is made of glass bubbles rather than polypropylene and is therefore 10% lighter.

An Active Eco system that deters unnecessary acceleration by restricting engine torque in certain circumstances is under development, as is a Smart Cruise Control that can brake and accelerate the car as well as maintain a set speed. Both are showing promising fuel consumption improvements.

And just to show that fuel-saving need not be po-faced, Kia’s engineers have developed a system that rates how efficiently you are driving on a scale of zero to eight. Reach eight and a flower symbol appears on the dashboard. Maintain that over a period of time and the flower becomes a bouquet.