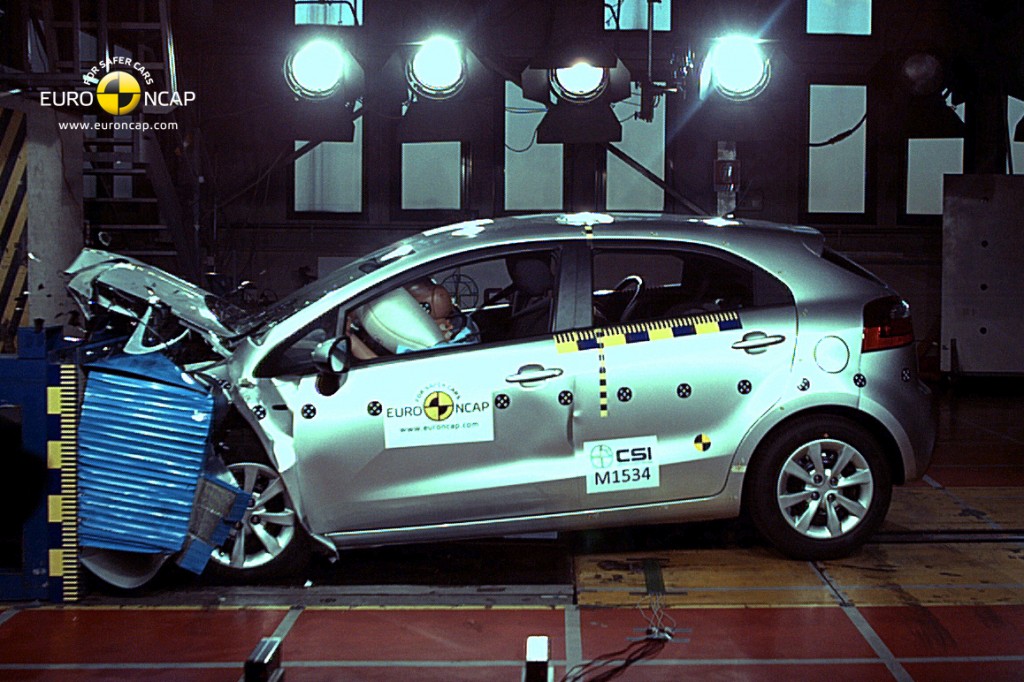 Today is the turn for the 2012 Kia Rio. The korean automaker subcompact achieved 5 stars in the European New Car Assessment Programme (EuroNCAP) test. After de jump, you can see the full results, with video.

According to the Euro NCAP specialists, here are the results:

The passenger compartment remained stable in the frontal impact. Dummy readings showed good protection of the knees and femurs of the driver and passenger. Kia showed that a similar level of protection would be provided for occupants of different sizes and to those sat in different positions. In the side barrier test, dummy readings showed good protection of all body areas. However, the rear door on the struck side was found not to be fully latched after the test and the car was penalised. In the more severe side pole test, all doors remained fully latched and protection of the driver was adequate or good. The seat and head restraint provided good protection against whiplash injuries in the event of a rear-end collision. 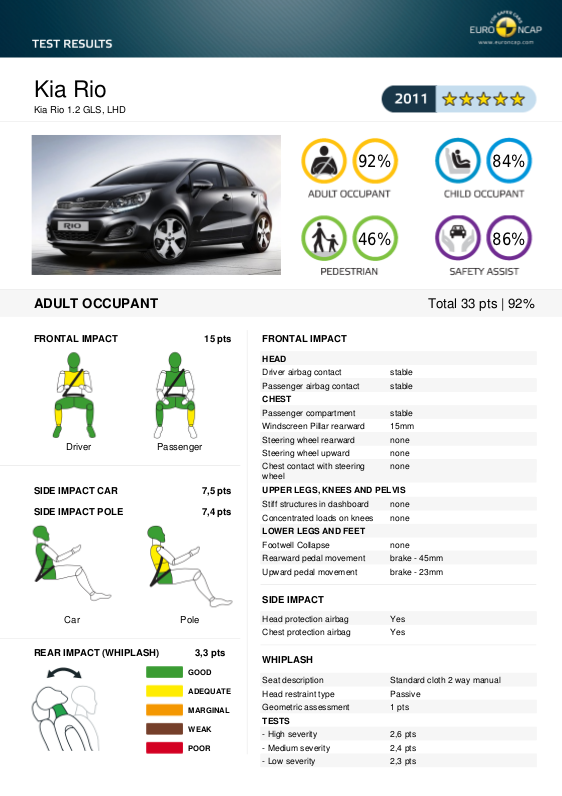 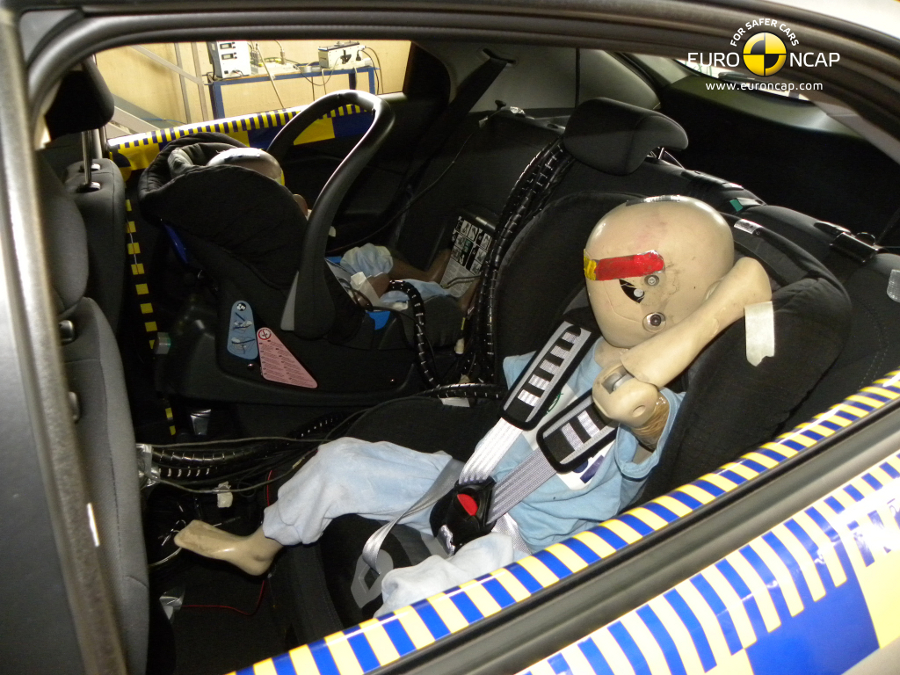 Electronic stability control is standard equipment on the Rio, and met Euro NCAP’s test requirements. A seatbelt reminder is standard for the driver, passenger and rear seats. A driver-set speed limitation device is available as an option but did not meet Euro NCAP’s fitment requirements for assessment in 2011.

via YouTube
← Prev: Scooped: Kia preparing facelift for the K7?. Official debut of the 2012 Kia Ray in South Korea. →