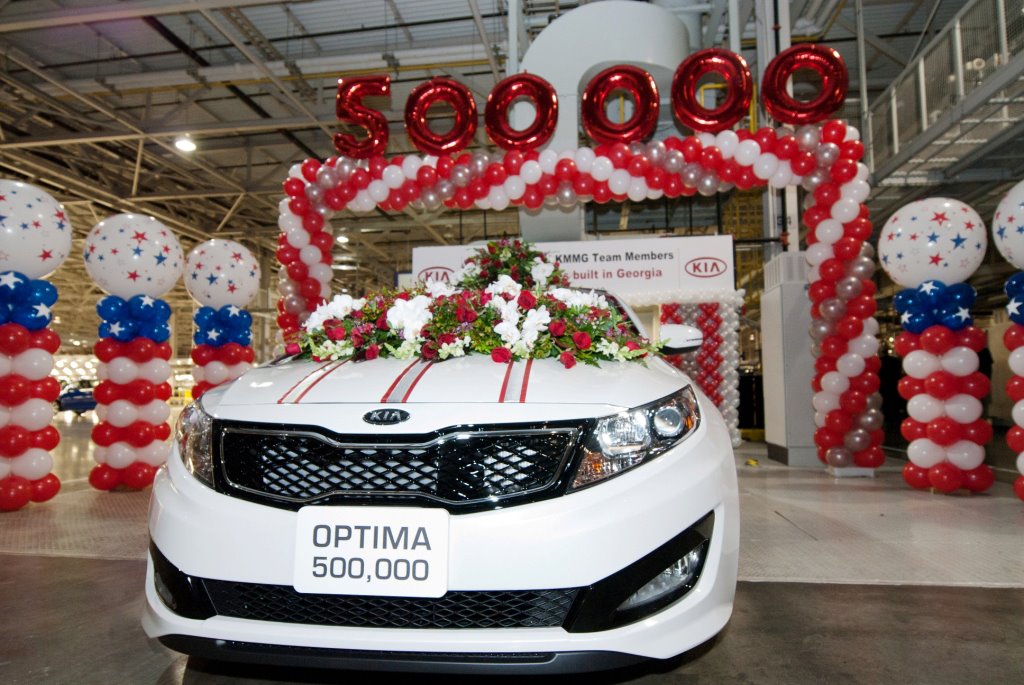 Since opening, KMMG has added two additional shifts of production with more than 3,000 team members hired by the plant to date. In 2011, KMMG completed a $100 million expansion that pushed the plant’s total capacity to 360,000 units per year.

“Building 500,000 vehicles in just over two years is quite a milestone for our first U.S. manufacturing plant to accomplish,” said Byung Mo Ahn, Group President and CEO for Kia Motors America and KMMG. “The commitment from each one of our team members is a big reason we’ve been able to achieve 17 consecutive months of record sales. Their dedication to building world class, high quality vehicles is apparent in each vehicle we produce.”

Vehicle number 500,000 was a snow white pearl Optima SX and will now be allocated to one of KMA’s more than 755 dealerships nationwide.