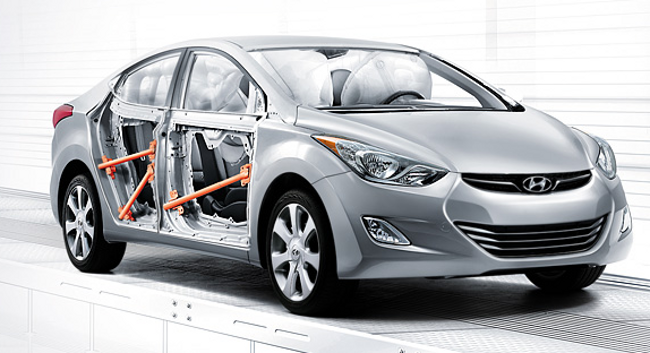 U.S. safety regulators have opened a preliminary investigation into the 2012 Hyundai Elantra after a side curtain airbag allegedly injured a driver in a crash. The National Highway Traffic Safety Administration says the probe, opened on Thursday, covers an estimated 123,000 vehicles.

NHTSA received one complaint of an injury associated with the deployment of the driver-side curtain airbag during a crash. The driver’s face and ear were lacerated. Photos of the crashed vehicle show a metal part protruding from the left edge of the headliner above the driver seat.

“The evaluation is in the very early stages; neither Hyundai nor NHTSA have had an opportunity to inspect the 2012 Elantra that is the subject of this evaluation,” Hyundai Motor America said in a statement. “Hyundai has no other reports of injury from side curtain airbag deployment in the 2012 Elantra.” 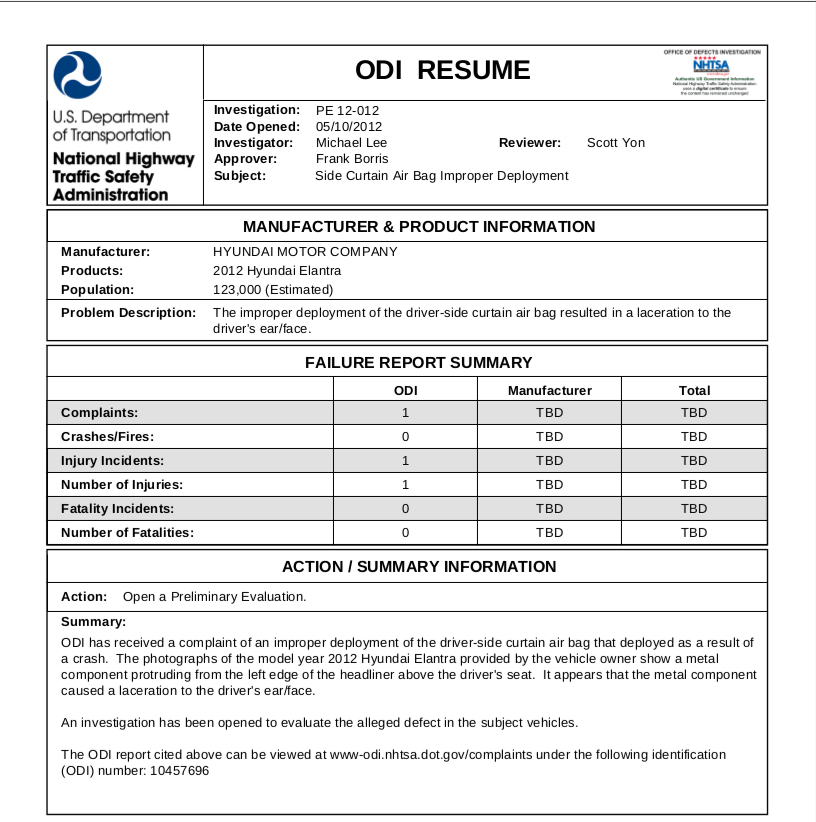