How not to modify your Kia Sorento 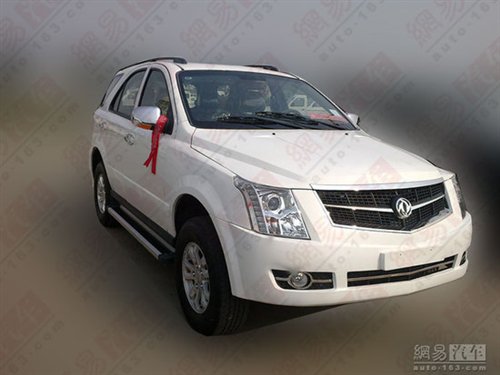 Dongfeng’s own car making abilities have to be drawn into doubt with the introduction of this new SUV. The SUV hasn’t yet been named, but hopefully it wont be along the lines of SLX. Chinese automotive media are saying that it will be priced from 80,000-120,000RMB when it launches later this year via the Dongfeng Liao Qi subsidiary and will carry a 2.0L Nissan engine good for 144bhp and 198Nm of torque.

Although the exterior is channeling Cadillac, the dashboard seem to be channeling the Kia Sorento’s design theme although the rest of the car looks relatively low quality with cheap plastics permeating the entire car.

Just when you think the Chinese car industry is largely passed car clones, somebody pops up to surprise you one more time, although you wouldn’t expect it from a state owned manufacturer that has joint ventures with Kia, Honda, Nissan, Peugeot, Citroen and Yulong. However, Dongfeng is a huge company with so many various subsidiaries from police vehicles, to desert crossing trucks to passenger vehicles, its often seems that the DF HQ doesn’t really know what’s happening until the media report on it.

← Prev: US: Kia thinking about a diesel engine for the Optima? Kia to add stores, weighs luxury model for U.S. →