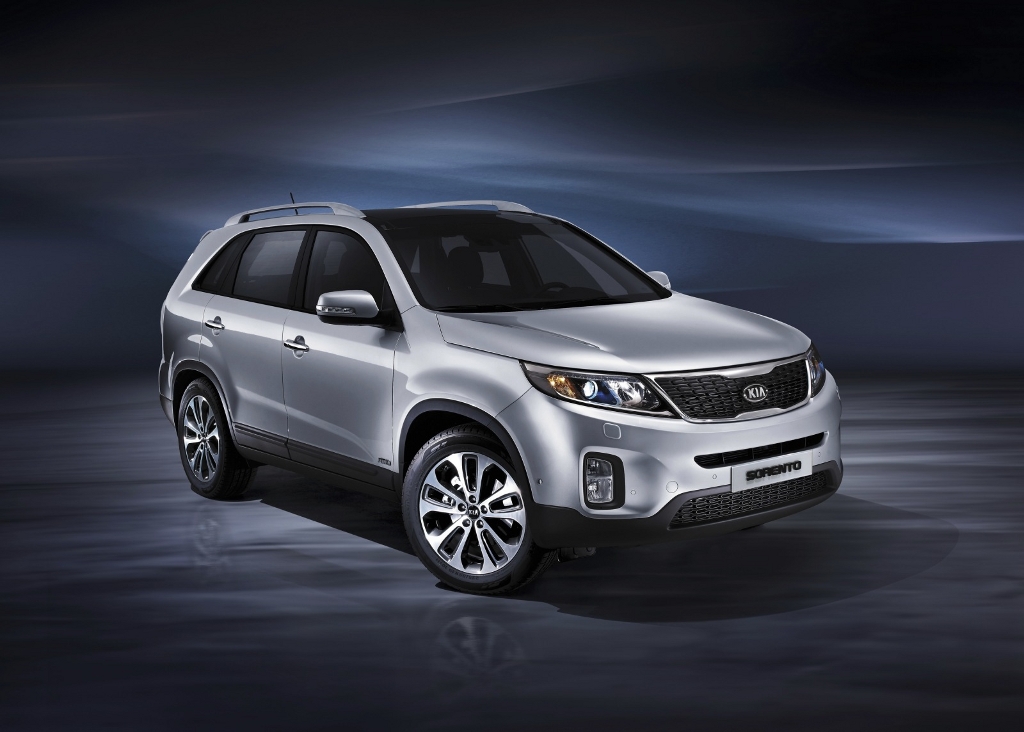 Kia’s hugely successful Sorento SUV will receive a host of significant improvements when the new upgraded model goes on sale later this year. Significant changes include a re-engineered bodyshell, enhanced powertrains for best-in-class fuel economy with lower emissions, improved ride, handling and refinement, additional convenience and safety features, plus a fresh, new look for the exterior.

“Since its introduction in 2009, the second-generation Kia Sorento has achieved more than 620,000 sales around the world. Today, it is manufactured in Korea and the USA, attracting over 130,000 U.S. customers last year to rank as the best-selling Kia model in the States for the second year in a row,” commented Thomas Oh, Kia’s Executive Vice President and Chief Operating Officer of the International Business Division. “We have given very careful attention to owners’ feedback, and the upgraded Sorento is not just a cosmetic exercise but a major step forward for our popular SUV.”

Kia’s designers have created new headlamps with LED positioning lights, a new tailgate with LED rear combination lamps, new bumpers (front and rear) with vertical-axis fog lights and a larger area of body-color surface, and an expanded choice of wheels to include larger diameter (19-inch) alloys – depending on market.

Inside the five- or seven-seater cabin, there are more soft-touch surfaces plus a new LCD instrument cluster, new center stack with 7-inch display screen, and a new console featuring a straight-gate selector with a leather-booted lever on automatic transmission models – reinforcing the vehicle’s more luxurious character. Offered in black or beige cloth or leather, the interior can be bathed in natural light through a larger panoramic sunroof (depending on version) with no centre cross beam and a powered blind.

New Sorento is due to arrive in Europe in the autumn and full details of specification and trim will be available in due course. Stay tuned!

← Prev: New pictures of the 2014 Kia Sorento caught in the wild Video: Hyundai Genesis Coupe vs. an Arrow →