After a slow 2012 for new products, Kia will be back on the gas in 2013. A redesigned Forte compact sedan will be launched in January, followed by a five-door hatchback and a coupe by next summer. The upscale Cadenza sedan arrives at Kia’s U.S. dealerships next summer.

A rear-wheel-drive flagship sedan, known as the K9 in South Korea and the Quoris in overseas markets, arrives stateside for the 2015 model year. Here’s the rundown for Kia for the 2013-15 model years from company and other sources.

Cadenza/K7: Kia will launch the Cadenza sedan next summer as a 2014 model. The upscale, front-wheel-drive sedan shares a platform with the current generation Hyundai Azera and is expected to be powered by a 3.5-liter V-6 engine used in the Korean version of the Cadenza, known as the K7.

The Cadenza, nearly five inches longer than the Optima mid-sized sedan, will sit above the Optima in Kia’s lineup. Pricing is expected to be between the high $30,000s and low $40,000s.

Forte/K3: Kia’s compact sedan will be redesigned for the 2014 model year. A modified version of the Hyundai-Kia compact platform, used by the Hyundai Elantra and the European Kia Cee’d compact, will underpin the second-generation Forte.

The redesigned Forte sedan will be launched in January. The two-door Forte Koup and a five-door hatchback are scheduled to go on sale next summer. A source says Kia is aiming for at least 40 mpg on the highway with the Forte’s 1.8-liter four-cylinder base engine. 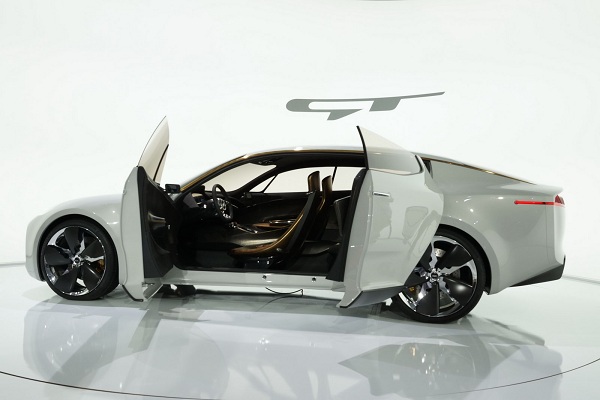 GT Concept: Kia is wrestling with whether to build a production version of its head-turning GT Concept car shown at the 2011 Frankfurt auto show. The rwd concept car is powered by a 395-hp, 3.3-liter turbocharged V-6 with gasoline direct injection.

Peter Schreyer, Kia’s global design boss, is pushing management to green-light the project. But a source says a business case strong enough to put the car into production has yet to materialize fully.

Optima/K5: The Optima mid-sized sedan was redesigned for the 2011 model year. A freshening is planned for next summer for the 2014 model year.

Rio: The subcompact was redesigned in 2011.

Quoris/K9: Kia has given the green light for U.S. sales of its rwd flagship, known as the K9 in South Korea and the Quoris in overseas markets, according to a source with knowledge of Kia’s plans. The large sedan should go on sale sometime in mid-2014 as a 2015 model.

Kia says a 3.8-liter V-6 engine with gasoline direct injection producing about 330 hp will power the flagship in overseas markets starting in its second year of global sales, which begin in the fourth quarter. The engine will be paired with a new eight-speed transmission.

Sorento: Kia’s top-selling crossover gets a freshening for the 2014 model year, and the next-generation Sorento should arrive two or three years later, but the precise timing is uncertain. The redesign will place the Sorento on the chassis underpinning the upcoming 2013 Hyundai Santa Fe. 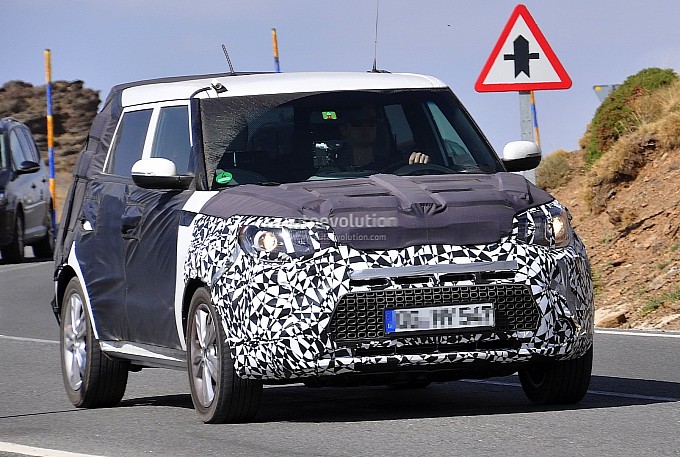 Soul: The next generation of Kia’s funky subcompact crossover is slated to arrive stateside in late summer 2013 as a 2014 model. The redesigned Soul will be built on a modified version of the Hyundai-Kia subcompact platform underpinning the Kia Rio and Hyundai Accent. The current Soul is based on Hyundai-Kia’s older subcompact platform.

The 2014 Soul’s sheet metal will be new, but the car’s proportions will remain intact to maintain its distinctive look.

Sportage: Kia engineers updated the Sportage’s suspension for a smoother ride for the 2013 model year. A freshened Sportage is scheduled to arrive in the late summer of 2013 with a new grille and fascia for the 2014 model year. New sheet metal and major platform changes are in the works for either the 2015 or 2016 model year, but a source says the launch timing has yet to be determined.