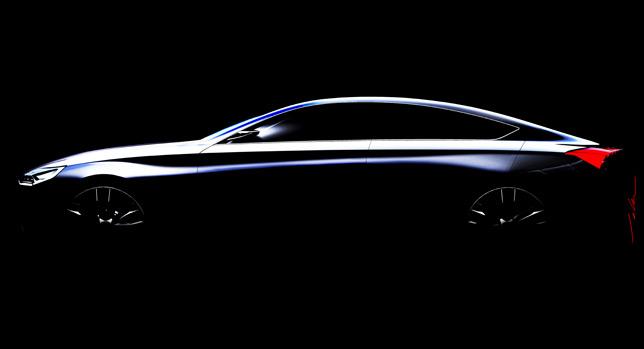 Looking at Hyundai’s rendering of the study and comparing it with spy shots of the next generation Genesis luxury sedan we recently show to you the first spy pictures, we would say there’s a very strong possibility that the HCD-14 is a precursor of that model.