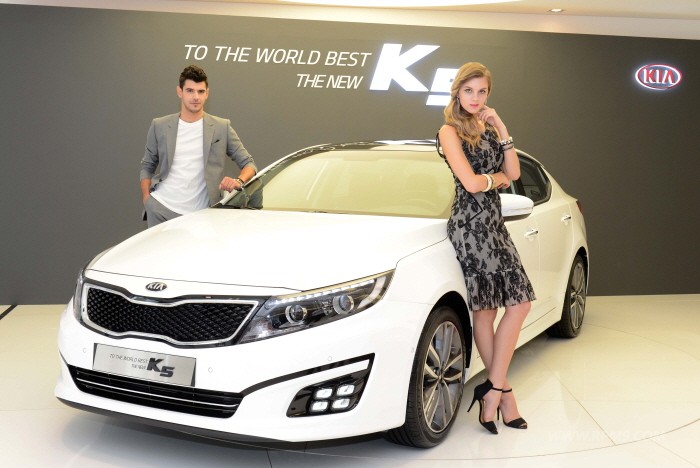 Today we can see a the first official pictures and specs of the refreshed 2013 Kia K5 for the South Korean market. Kia’s designer have improved front headlamps with LED positioning lights, 4 LED fog lights and a new tailgate with LED rear combination lamps, new front bumpers and lights changes in rear, with horizontal-axis fog lights, and an expanded choice of wheels to include larger diameter (18-inch) alloys – depending on market.