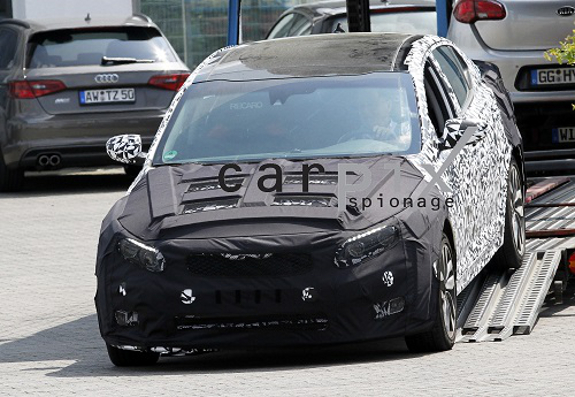 Recently we share with you the debut for the South Korean market of the refreshed Kia Optima, including light changes. Its time for a facelift for the European market version and today we can show you some spy shots getting ready for testing at the Nürburgring.

The car that we can see under the cammo looks the same than the Korean market facelift, with the LED DRL lights on top of the headlights, new design for Taillights and alloy wheels. As usual on facelifted versions, the Optima will probably be the same model than the K5 we see in South Korea few days ago.