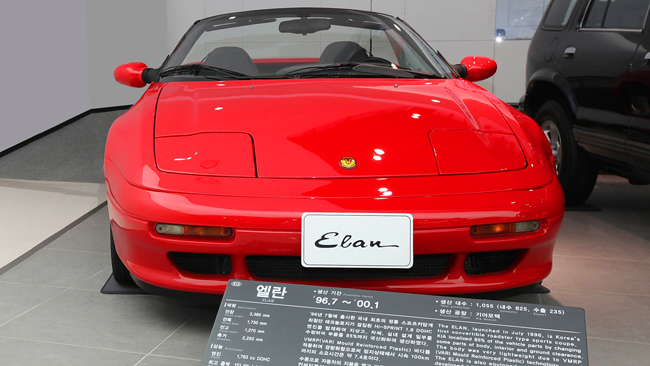 Restricted to employees and special guests, not many people get an opportunity to visit Kia’s research and development center located in Namyang, South Korea. And aside from housing some of Kia’s top engineering secrets that are on par with how the flux capacitor from Back to the Future works, it also has this seldom seen lobby museum showcasing 20 cars with 190 more legacy cars tucked away in a huge undisclosed collection containing every single Kia model dating back to its first set of wheels, such as the 1969 three-wheeler T-600 truck. 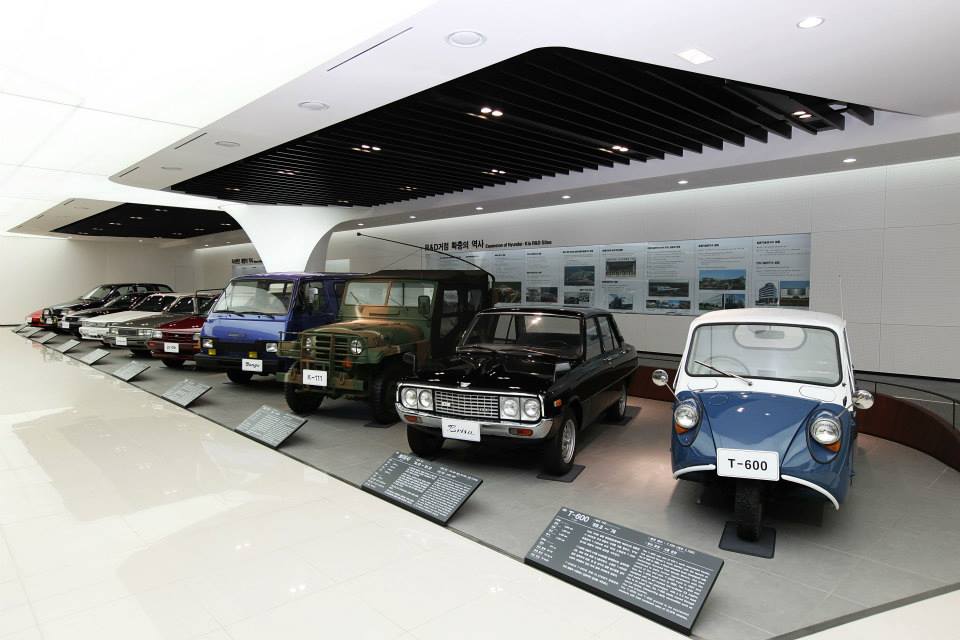 Here is where the evolution of Kia Motors begins – starting from right to left is the 1969 three-wheeler T-600 Truck; followed by Kia’s first passenger car the 1974 Brisa; next is the K-111 military vehicle (which was later repurposed for civilians in 1990 as as “Rocsta”); and right next to that in blue is the box shaped 1980 Bongo. 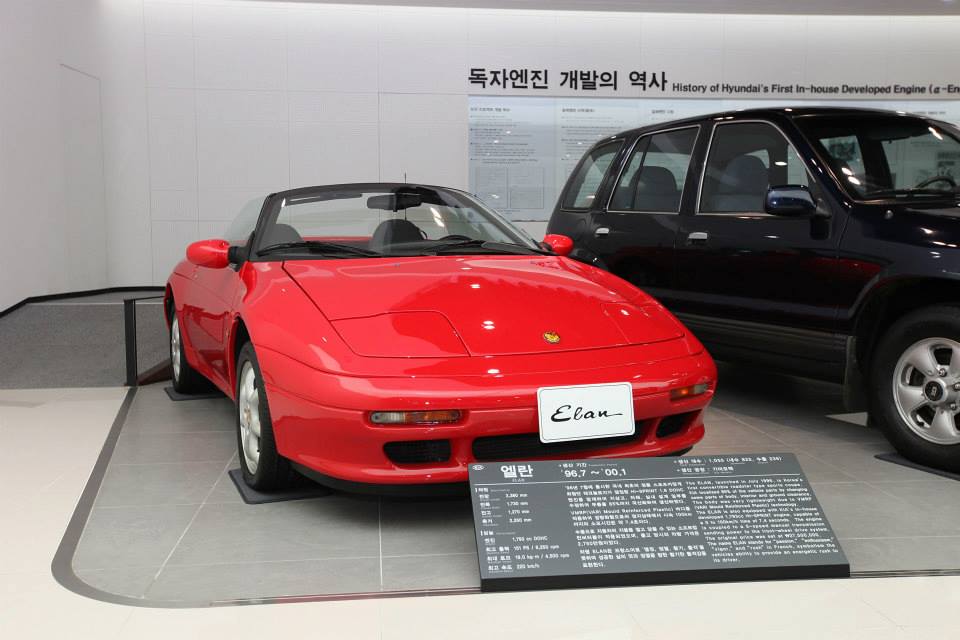 This Kia classic is the red hot Elan, which was produced from 1996 to 2000. Looking at the Elan now, its design seems to strike a retro, but timeless chord with us in a Magnum P.I. kind of way. 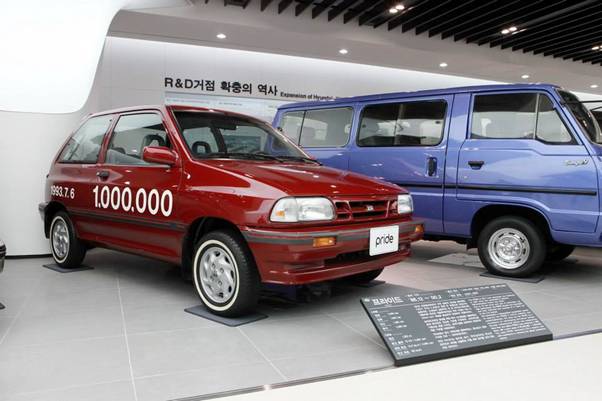 Here is the first generation Kia Rio from 1987, which was previously known as Pride. 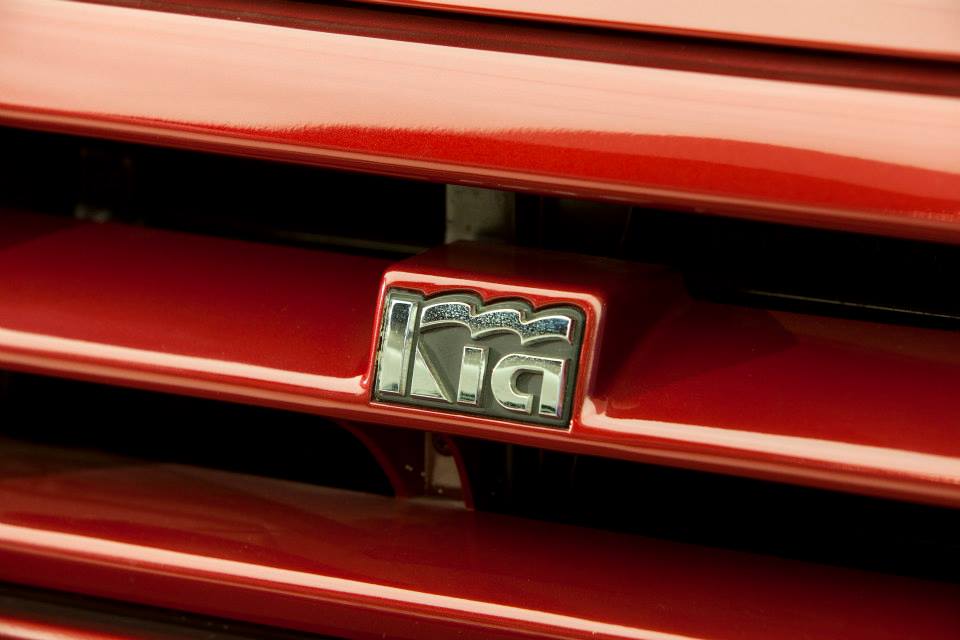 Check out this original Kia badge from 1986, you don’t see many of these on the road anymore. We hope you enjoyed this trip down memory lane. Have any comments or questions about some of these models? Be sure to let us know in the comments section below.