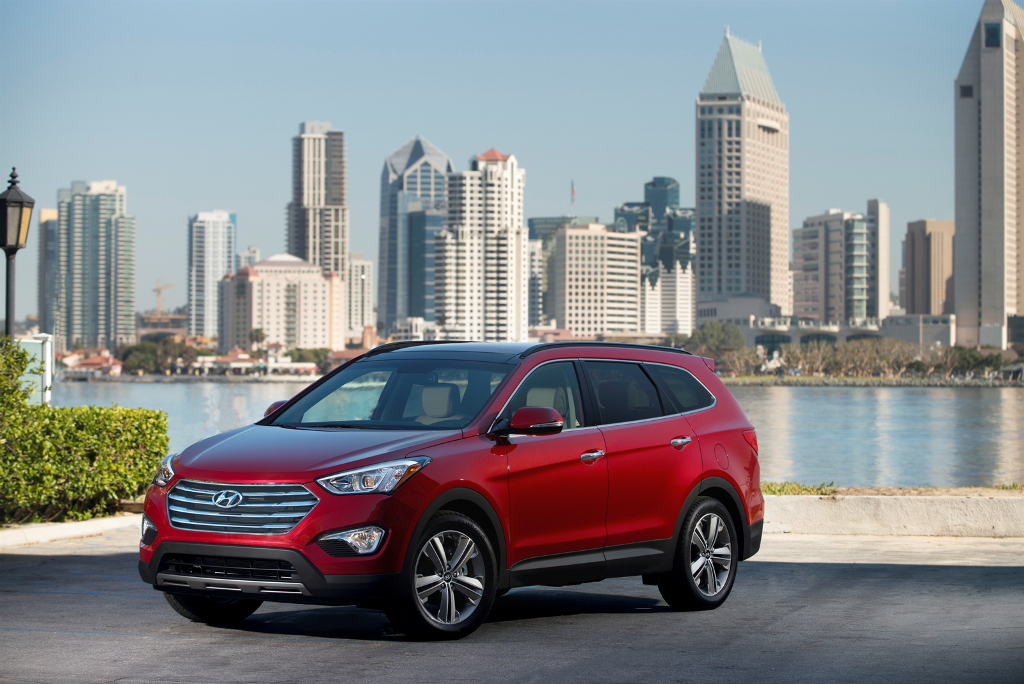 Since the moment it rocked the automotive world at its introduction in September 2000, Hyundai’s Santa Fe has been a powerful player in the crossover segment. That momentum continues, with two all-new models leading the charge to a retail sales growth rate exceeding 40 percent through June, highlighted today by the sale of the one millionth Santa Fe in the United States.

[ads id=”0″ style=”float:left;padding:5px;”]“When the 2001 Santa Fe launched in the United States 13 years ago, not only was it Hyundai’s first SUV, but it was one of the first compact crossovers on the market – just behind Toyota RAV4 and Honda CRV,” said John Krafcik, president and CEO of Hyundai Motor America. “It was a bold move that paid off and helped position Hyundai as a brand that could innovate in design and package, not just value and warranty.”

Prior to Santa Fe’s arrival in the U.S., Hyundai was known primarily for building inexpensive compact cars. Santa Fe opened doors to an entire new group of car buyers and offered them a new choice in the small crossover class. Entering the market with distinctive design, great equipment and backed by industry leading quality, Santa Fe soon became one of the best-selling crossovers in the industry.

“Santa Fe has played a significant role in Hyundai’s success and growth in the United States,” John Krafcik adds. “For many loyal Hyundai owners today, it was their entry point to the brand.”

The Santa Fe is an award winner and has been right from the start. From being top-rated in the 2001 Vehicle Satisfaction Index from Auto Pacific, the first time a Korean brand vehicle lead in a satisfaction category, to being named in U.S. News and World Report the “Best 3-Row Midsize SUV” and “2013 Best Car for the Money.”

Santa Fe has deep American roots with assembly today taking place in West Point, Georgia, where the majority of Santa Fes are now produced. Previously, Santa Fe was built at Hyundai Motor Manufacturing in Montgomery, Alabama, where today Sonata and Elantra are built. This year, Hyundai will make nearly 500,000 vehicles in the U.S., and sell over 700,000 vehicles here, a remarkably high ratio of U.S. production to U.S. sales.