Hyundai To Focus More On Customers in South Korea 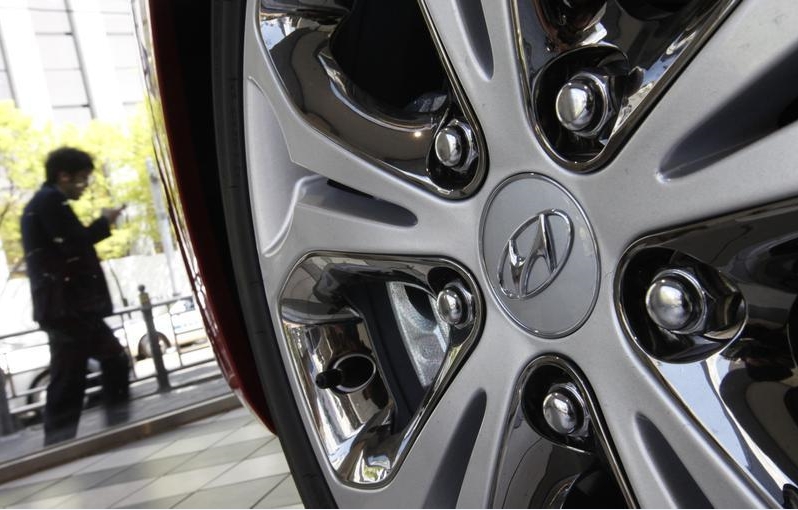 Hyundai Motor said that it will upgrade its after-sales services in order to defend itself from threats of other automakers, especially imported brands, which have fast increased their presence in the local market.

“It’s true that there have been outflows of our customers who chose imported brands, and many young drivers seem to want to buy foreign cars,” Kim Hyun-soo, director of the customer satisfaction management group at Hyundai Motor, said during a news conference at the Seoul Museum. “To retain customers and attract new ones, we decided to offer upgraded customer services. In fact, that is what we can do better than any of our competitors here.”

[ads id=”0″ style=”float:left;padding:5px;”]First, the automaker said it will reform the existing Hyundai BLUEmembers service by offering additional benefits to owners of Hyundai vehicles.

It will provide so-called “BLUEmembers Points” to customers upon their purchase of a Hyundai vehicle, which they can use to receive maintenance and repair services instead of cash. They can also be used at theaters, restaurants and other stores in partnership with the automaker. The points will be given depending on the price of the vehicle and repurchase numbers, up to 3 percent of the repurchased vehicle’s price.

The underlying logic is that the automaker will retain existing customers and prevent them from buying vehicles from other brands. “The repurchase rate of our vehicles once dropped severely, but has managed to stay now at about 40 percent,” Kim said. “Our key mission is to offer more benefits to loyal customers and attract young drivers who show interest in imported brands.”

The company will also expand BLUEmembers services to corporations and users of lease and rental service programs involving Hyundai vehicles, as they have also emerged as an important customer group.

The company estimated that the expansion of the services will cost about 150 billion won a year, up from current 80 billion won. The large-scale restructuring in the customer services came as the nation’s largest automaker has been chased by its competitors, with its market share decreasing.

Its market share, which had once soared to almost 50 percent, dropped to 34.9 percent in August, although the automaker recently managed to stay above 40 percent. This must have led management to feel a sense of crisis. In fact, Hyundai Motor and its sister automaker Kia Motors, which have long dominated the local auto market, have seen a decrease in their market share in recent months.

In contrast, GM Korea’s market share jumped to 11.8 percent in November, while Ssangyong Motor and Renault Samsung Motor also increased their market share to 5.5 percent and 4.4 percent, respectively, signaling their readiness to rebound.

[ads id=”0″ style=”float:left;padding:5px;”]Even luxury brands such as BMW and Mercedes-Benz have introduced their entry-level models such as the A-Class and the 1 Series to attract those who seek an affordable luxury vehicle, which are long considered as customers of local brands.

Amid the growing threats from its competitors, the automaker seems to believe it is facing a challenge to create a more exclusive image for its brand, shifting up a gear in the market from its value-for-money image, especially with the launch of the new generation Genesis luxury sedan. “This will be a refreshing moment for us to leap forward,” Kwak Jin, senior vice-president at sales promotion division, said.

To maintain its leading position, the automaker also plans to expand its sales and repair networks along with the expansion of the BLUEmembers services. It said it will increase the number of showrooms and repair centers to 822 and 1,424 by 2016.

It will also maintain its marketing strategy to freeze prices of popular models when launching their upgraded versions, while enhancing their productivity by installing various convenience and safety features as standard options.

“We will also introduce more variants of flagship vehicles with different engines and customized options to diversify our product lineups,” Kwak said. “We will launch the hybrid version of the Grandeur sedan within this year.”