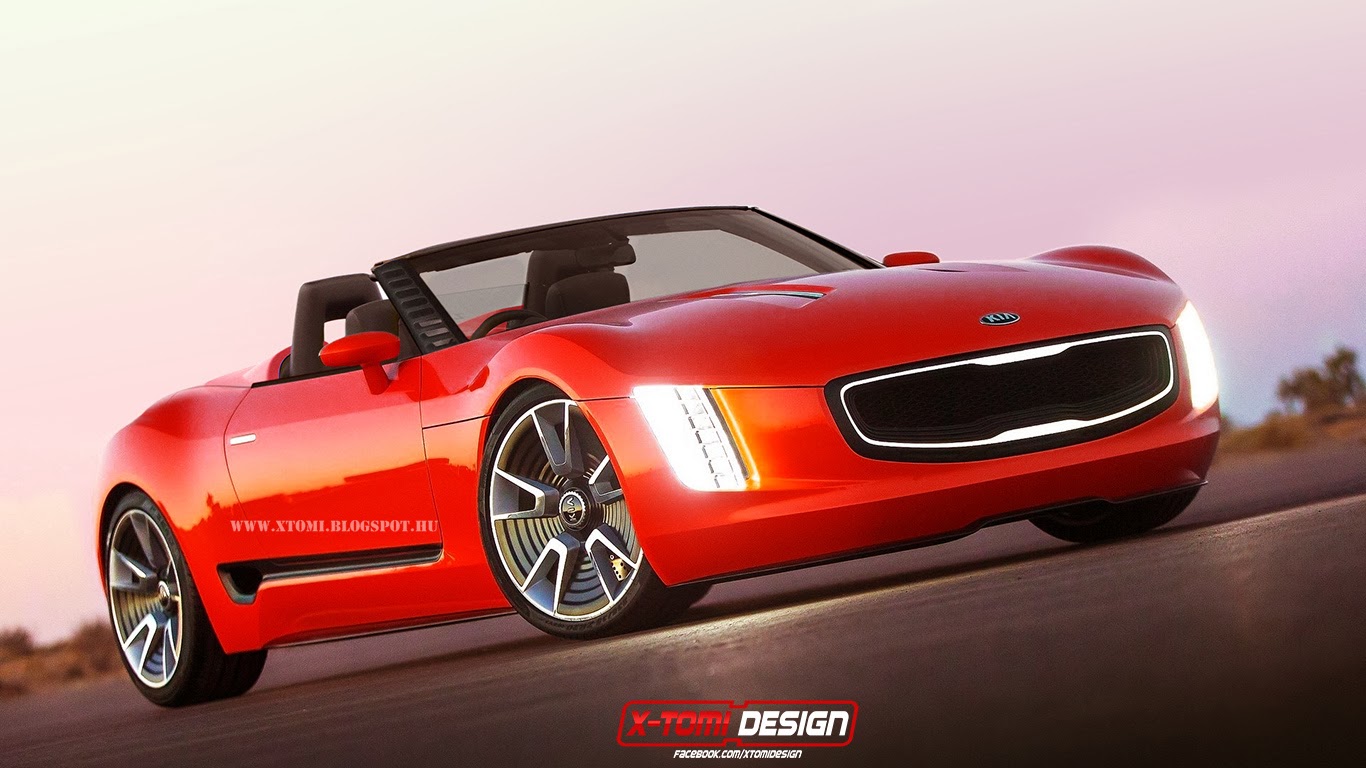 Well, its difficult to say that we will see on the roads the Kia GT4 Stinger 2+2 Coupe in 2016, but I think its more difficult that Kia will launch after the Coupe, a Cabrio version. But, we can dream!

[ads id=”0″ style=”float:left;padding:5px;”]Thanks to Hungarian Designer X-Tomi, we can see how would be the Cabrio version of Kia’s latest Concept. Anyway, yesterday we published the interview of GT4 Stinger’s designer, Tom Kearns, with Auto Express: “It’s a total concept, but when we do these cars we have in the back of our minds that if we decide to make it, we don’t have to change it too much.” said Kearns.