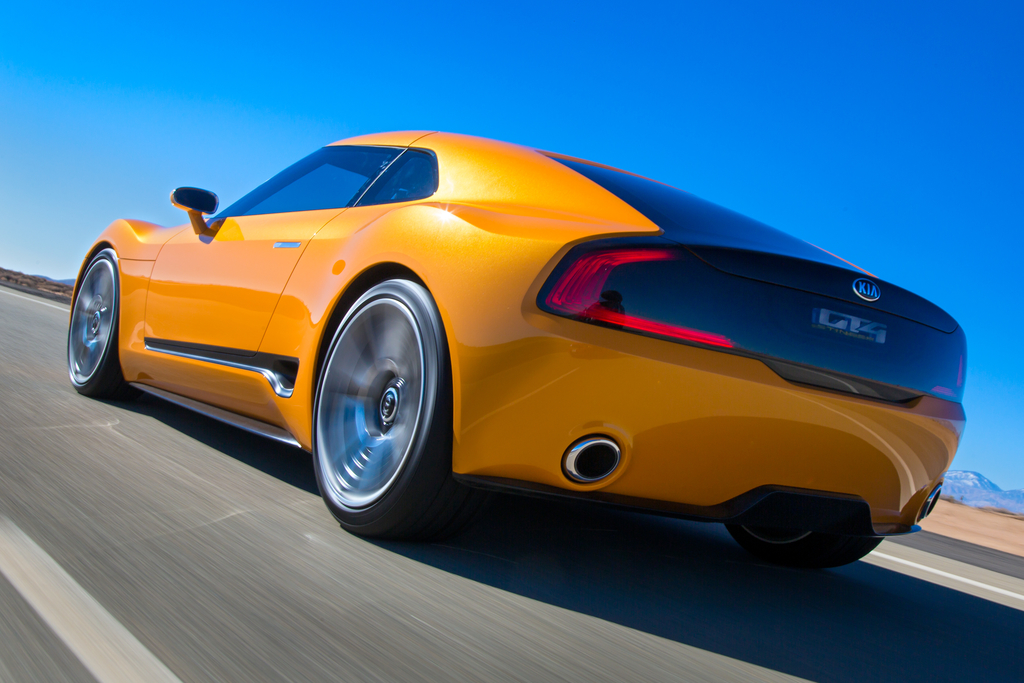 According to TopSpeed sources, the Kia GT4 Stinger concept, unveiled at the 2014 Detroit Motor Show, could be on sale by the end of 2014.

[ads id=”0″ style=”float:left;padding:5px;”]According to the sources, The GT4 Stinger’s exterior design is finalized and it will look nearly identical to the concept that we saw at the Motor City, including those bad-ass headlights, not happen the same with the A-pillars. The interior, on the other hand, is still “in development,” but the sources don’t expect to see any drastic changes from the concept.

The GT4 Stinger concept sits on a rear-wheel drive platform and features a 315 hp turbocharged version of Kia’s 2.0-litre T-GDi. If it makes production, it’s likely to use a platform from within the Hyundai-Kia Group, possibly from the Hyundai Genesis Coupe, but probably the total output be the same than the base engine mounted in the Kia Optima, with 274 hp.

The source did not disclose when exactly Kia would unveil the production version of the GT4 Stinger, but we assume it will be in the final quarter of 2014.