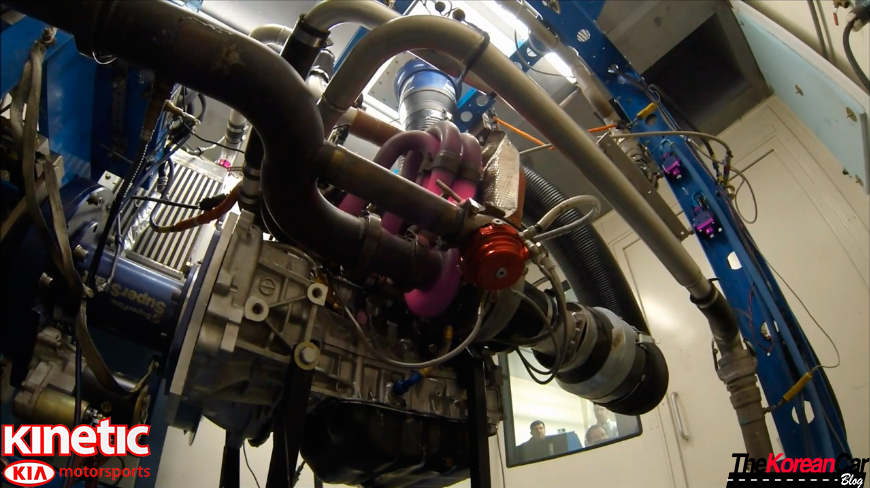 As probably you know, few months ago we had the chance to have a good time with Kinetic Motorsports team and Mark Wilkins racing driver in a meet at Southwest Kia Mesquite dealer in Texas.

[ads id=”0″ style=”float:left;padding:5px;”]Do you want to read more about that Interview? please click here!. Something to point out is we know this 2.0 L Theta II GDi Turbo engine gives 274 hp from stock but thanks to Kinetic customization and work they are able to throw an effective 340 hp which is about the level the series want them to run. They also mention that isn’t the limit of the Theta II because increasing the boost they were able to juice out 550 hp out of this engine but that just produce too much wheel spin so they decided against it.

While Kinetic Motorsports is finishing the upgrades on the 2.0L Turbo GDi engine from Hyundai-Kia to attend the 2014 Pirelli World Challenge be sure to check the blog for new updates. We expect to cover this year event, with many updates about the races. Stay tuned!