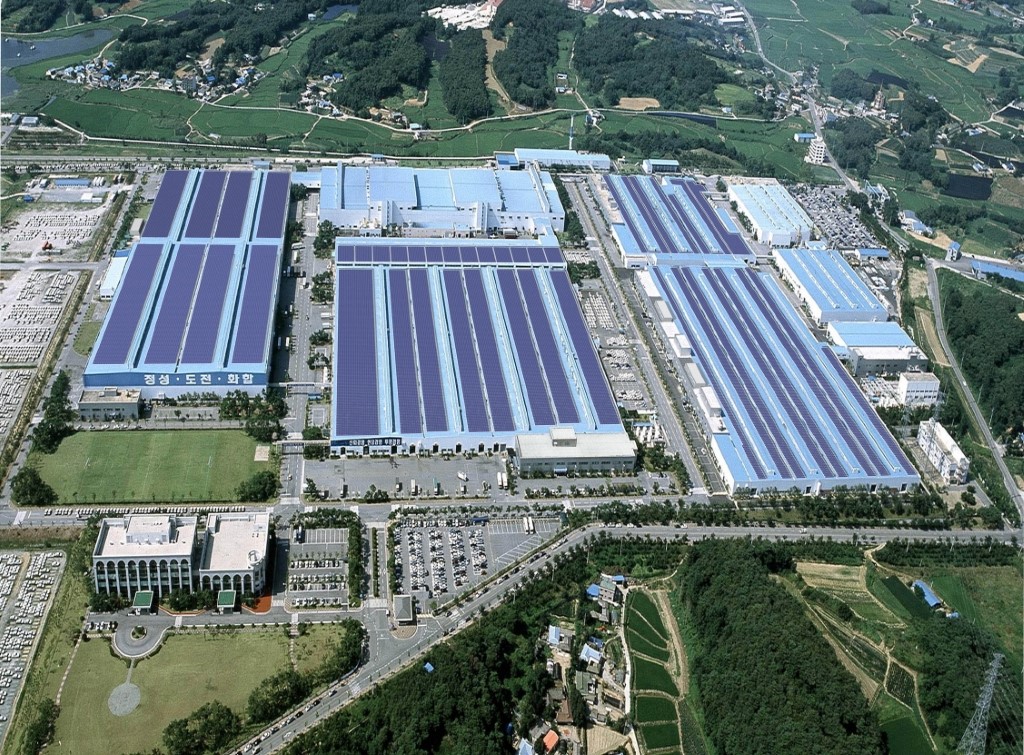 Now, Hyundai and its affiliate Kia Motors Corp. are again looking to invest in new manufacturing capacity, running feasibility studies in promising markets such as Mexico and scouting for a site for a fourth plant in China, the world’s biggest auto market, said five people familiar with the group’s plans.

Chung’s unofficial capacity freeze — aimed at giving factories and parts suppliers a breather after rapid growth over the past decade and pushing the focus on to improving quality — remains in place, but some executives now feel more confident about the quality of the group’s vehicles. A decision on opening a new Hyundai assembly plant in China could come before the end of this year.

“We’re poring over mid- to long-term capacity investment plans now,” said one high-ranking Hyundai group executive, who, like the others familiar with the plans, didn’t want to be identified as they are not authorized to talk to the media.

The expansion freeze is making it tough for Hyundai to squeeze additional capacity from existing plants. Together, Hyundai and Kia last year utilized 105 percent of their installed capacity, and a consultant familiar with Hyundai’s factory operations noted the group’s U.S. plants, in Georgia and Alabama, are running flat-out, with utilization rates at 125-130 percent on a two-shifts-a-day basis. 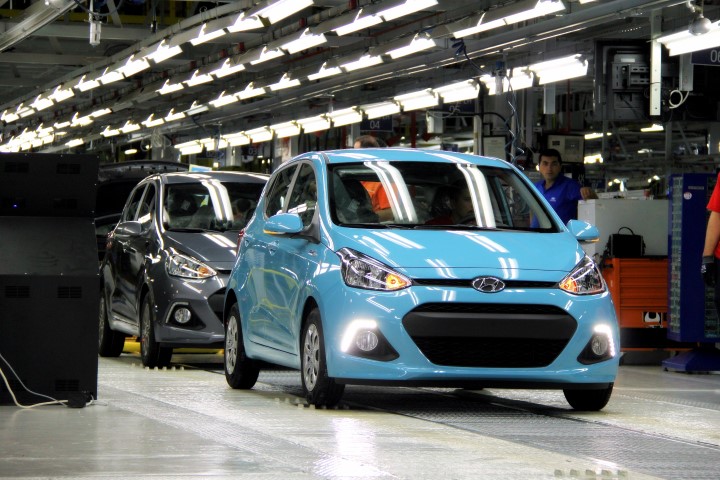 “That’s just not a sustainable approach if it lasts a few more years, even though the ban has been highly beneficial to Hyundai’s bottom line,” said one of those familiar with the company’s plans. Hyundai Motor’s operating margin was 9.5 percent last year, one of the auto industry’s best. The medium-term goal at rival Nissan Motor Co. is 8 percent.

Chung’s ban on expansion was “motivated by his effort to keep Hyundai from making the mistakes Toyota made,” one of the people said, referring to a perception that the Japanese automaker lost control of engineering and manufacturing quality as it ramped up capacity to well above 8 million vehicles. “Hyundai was growing way too fast and worried their suppliers couldn’t catch up,” said another of those familiar with the group’s thinking.

While executives may cheer quality improvements, Hyundai/Kia ranked third last year in the number of vehicle recalls in the United States — 3.3 million. Only Toyota and Chrysler Group recalled more.

Hyundai and Kia plan to sell 7.86 million vehicles globally this year, up from 7.56 million in 2013, and the feasibility studies could be a prelude to growing capacity to beyond 8 million vehicles a year. Hyundai has also looked at building a third U.S. plant, but is cautious given the tough competition in a crowded market.

The renewed interest in expanding capacity outside South Korea could be seen as an obvious shift by an export-reliant group to counter the effects of a stronger local currency. Hyundai and Kia export about two-thirds of the vehicles they sell globally from South Korea, a much higher proportion than their Japanese rivals.

But, the sources said, it’s more a response to higher labor and other costs and sluggish growth prospects at home — factors that have seen others, including General Motors, cut back on South Korea as a manufacturing and export hub. Politically, that’s not something Hyundai would contemplate.

South Korea, with a population of about 50 million, had sales of 1.5 million vehicles last year. The market is likely to peak at around 1.6 million by 2016 and stay at that level through 2020, according to research firm LMC Automotive. 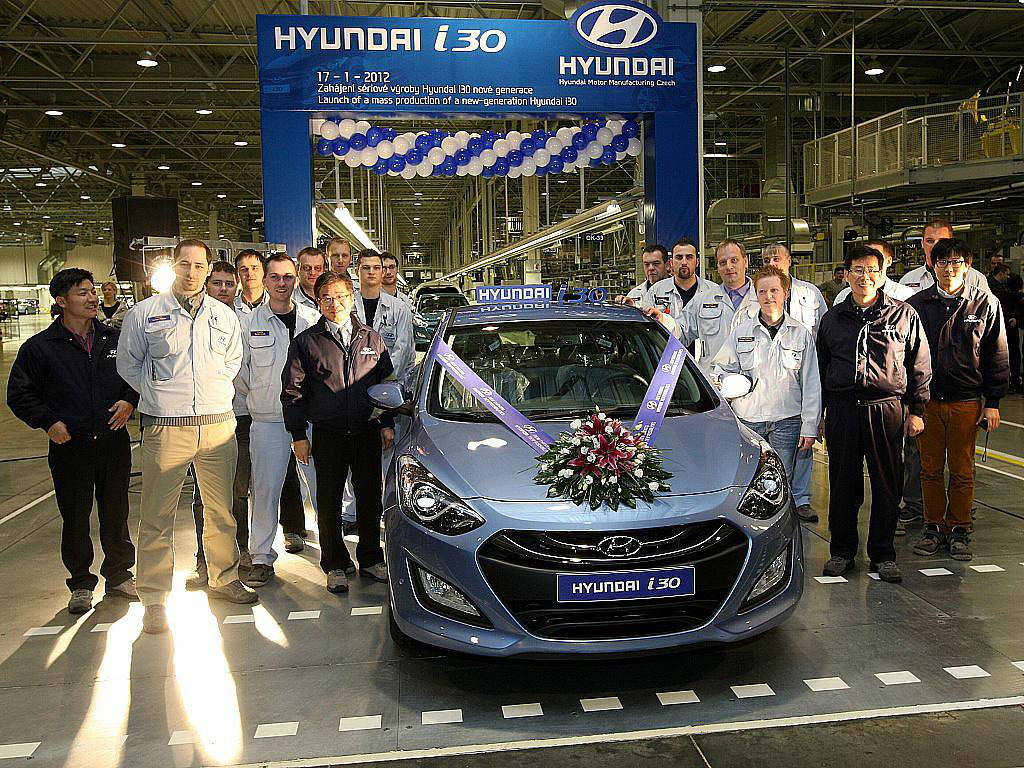 “Investment opportunities are always under review. We will respond to market situations accordingly,” said Brian Sir, a Seoul-based chief spokesman for Hyundai, adding the recent focus on “qualitative growth” was only natural after years of rapid growth.

To be sure, even while the capacity freeze has been in place, Hyundai and Kia have quietly gone about incremental increases, raising potential output to around 7.4 million vehicles a year from a pre-freeze level of about 6.5 million vehicles. That increase has come through ramping up plants approved before the ban and by adding overnight shifts where possible.

Hyundai and Kia hope to hit their sales target this year by increasing overtime work, adding overnight shifts at overseas factories and by starting production at Kia’s third plant in China, which was given the green light before the freeze.

In China, where annual auto sales could hit 35-38 million by the end of the decade, Hyundai is checking out three inland cities — Chongqing, Xian and Wuhan — as a potential site for a new plant. If finalized, the fourth China plant would be Hyundai’s first major manufacturing capacity investment since opening a car assembly plant in Brazil and its third China plant, both in 2012 — additions that Hyundai had announced in 2008 and 2010, respectively.

“Let’s be honest, China customers are not as discriminating as in the rest of the world,” said one of those familiar with Hyundai’s thinking. “It’s easier to expand capacity there.” Any new investment in capacity may still be vetoed by Chung.

Previous Article
Hyundai To Use Genesis Sedan To Challenge German Premium Cars in Europe
Next Article
Kia cee’d GT goes on sale in the UK starting at £20,495

Genesis in a Hurry to Fix GV80 Diesel Problems