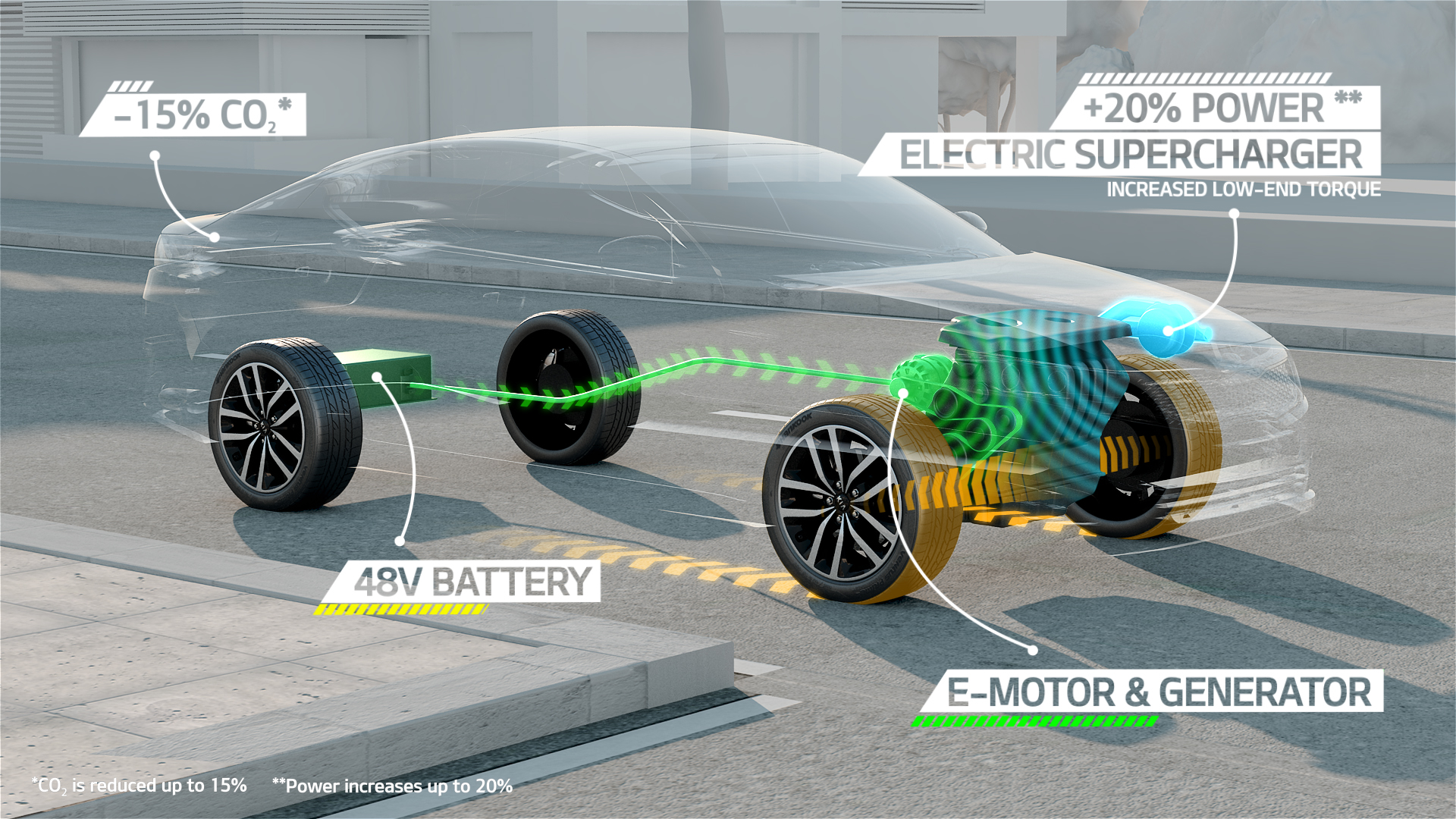 Developed by Kia’s European R&D centre, the new hybrid system employs a 48V lead-carbon battery, which powers a small electric motor to increase the engine’s power output and cut exhaust emissions. The development team behind the mild hybrid powertrain selected lead-carbon batteries over lithium-ion equivalents as they require no active cooling, are more easily recyclable at the end of the vehicle’s life and can function much more efficiently in sub-zero temperatures.

Kia’s mild hybrid system will enable a car to be driven in an electric-only mode at low speeds and when cruising, while the battery is recharged under deceleration at all speeds. In heavy traffic and on urban roads, the powertrain will also feature a zero-emissions stop-start system. Using a belt-driven starter generator – replacing the conventional alternator – the engine is able to restart with almost no noise or vibration.

In applying the technology to production cars, Kia engineers are targeting reductions in CO2 emissions of up to 15 percent, while the electric supercharger is designed to deliver power increases of 15 to 20 percent depending on its application.

The new powertrain would also allow vehicle development engineers to reduce the size of a vehicle’s existing battery and starter motor. The new mild hybrid powertrain will be available on new diesel and gasoline production cars from Kia in the near future.