Hyundai To Launch New 12 Models Over Next Three Years 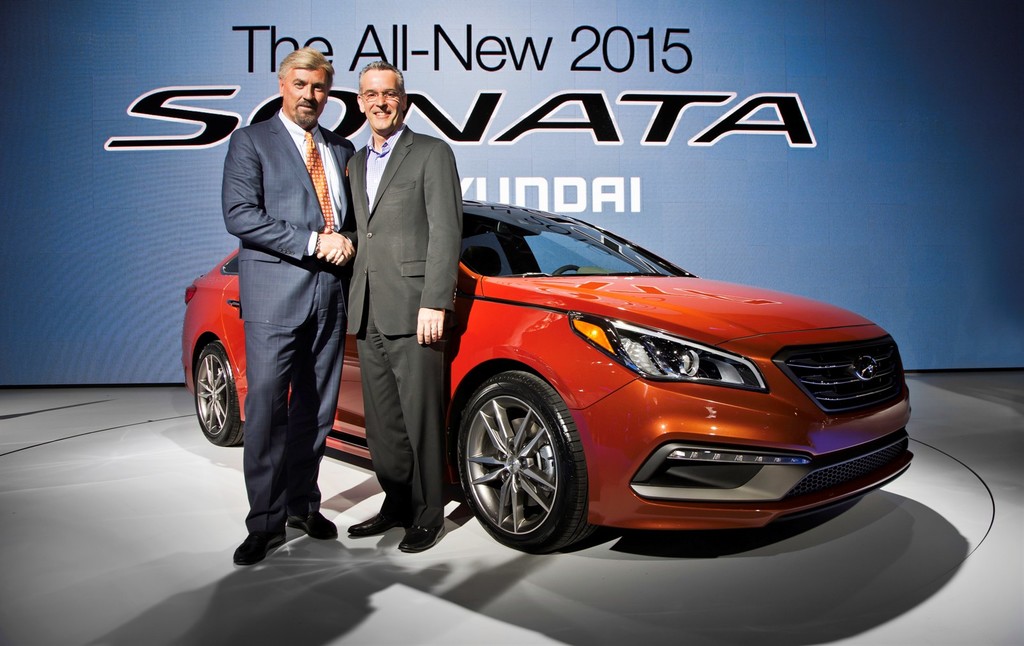 Hyundai will soon return to the strategy that won it major sales and market share gains earlier this decade: a blitz of new products.

Dave Zuchowski, CEO of Hyundai Motor America, says it will launch 12 vehicles over the next three years, including some in new segments for the Korean brand. He declined to discuss specific product launches but said a major emphasis will be on the red-hot crossover segments, where Hyundai has few offerings.

“We’ve got fairly aggressive growth plans for the next five years, and just like it was in 2010 through 2012, that growth will be driven by a really aggressive product cadence,” Zuchowski said in an interview at the New York auto show. “Those new products are going to drive good growth, and half of that growth is going to come from an increased presence in the CUV segments.”

Some added crossover presence will come from increased availability of the Tucson compact crossover and the Santa Fe lineup, which includes five-passenger and seven-passenger long-wheelbase models.

During an event last week, Zuchowski said Tucson supplies will increase to support as many as 90,000 U.S. sales after the next-generation model arrives next year. Additional capacity for the Santa Fe is in the works, too, he said.

“Trucks and CUVs as a percent of our total sales is relatively low,” Zuchowski said. “That will change over the next couple of years because the growth and the margin is all in the truck market right now, so we need to be better represented there.”

New nameplates may include a subcompact crossover, which is under study “Everybody’s looking at this B-segment CUV,” Zuchowski said. “We’re looking very closely at that as a possible way to add incremental volume, too.”