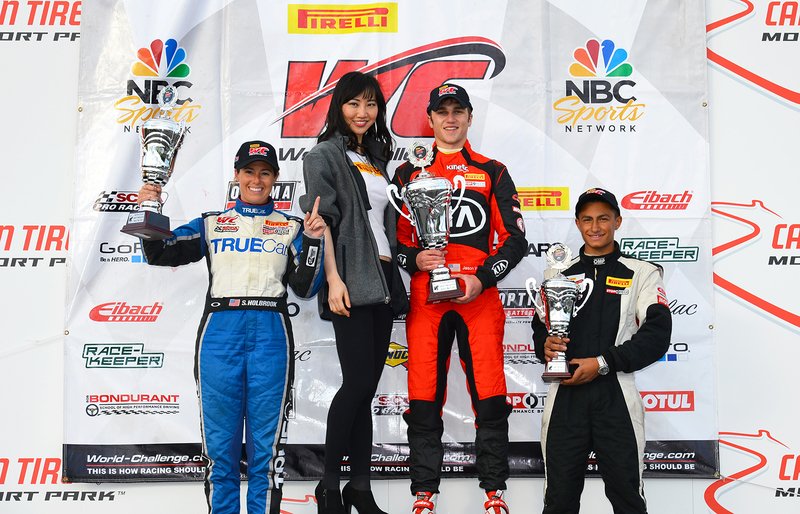 On Friday the Kia Racing group did their second practice for round 2, 3 and 4 for this season. Round 2 was previously canceled due to bad weather at Barber Motorsports. 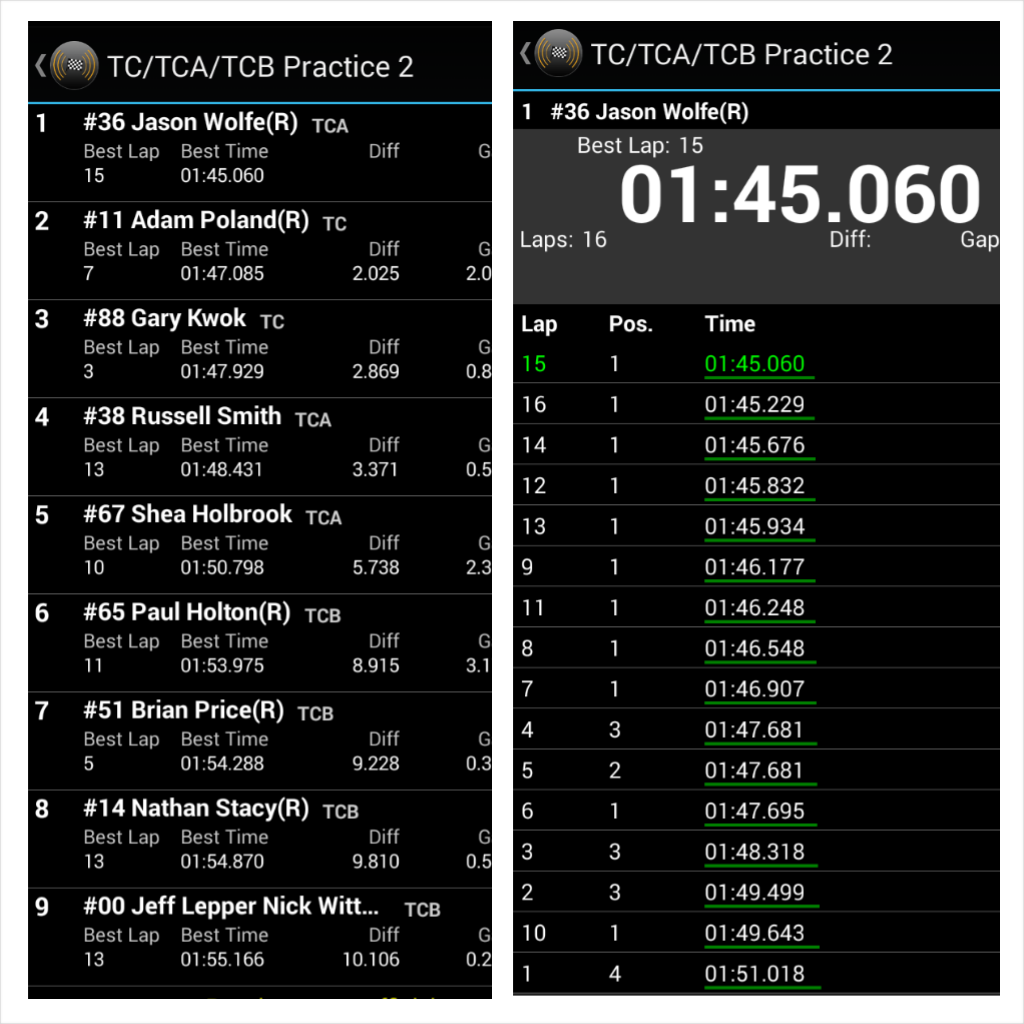 The weather on Friday wasn’t the greatest either since during the whole practice and race it was raining but that didn’t seem to bother Jason Wolfe in the No. 36 Kinetic Motorsports Kia Forte Koup, since at his practice he was able to get the fastest lap with 01:45.060 beating everyone.

“This car in the rain handles better than anything I have ever driven,” said Wolfe, “so that helps my mindset a bit better. It lets me know I can push the car and it’s very predictable with what I can do with it. I give a lot of credit to the car and the team.” 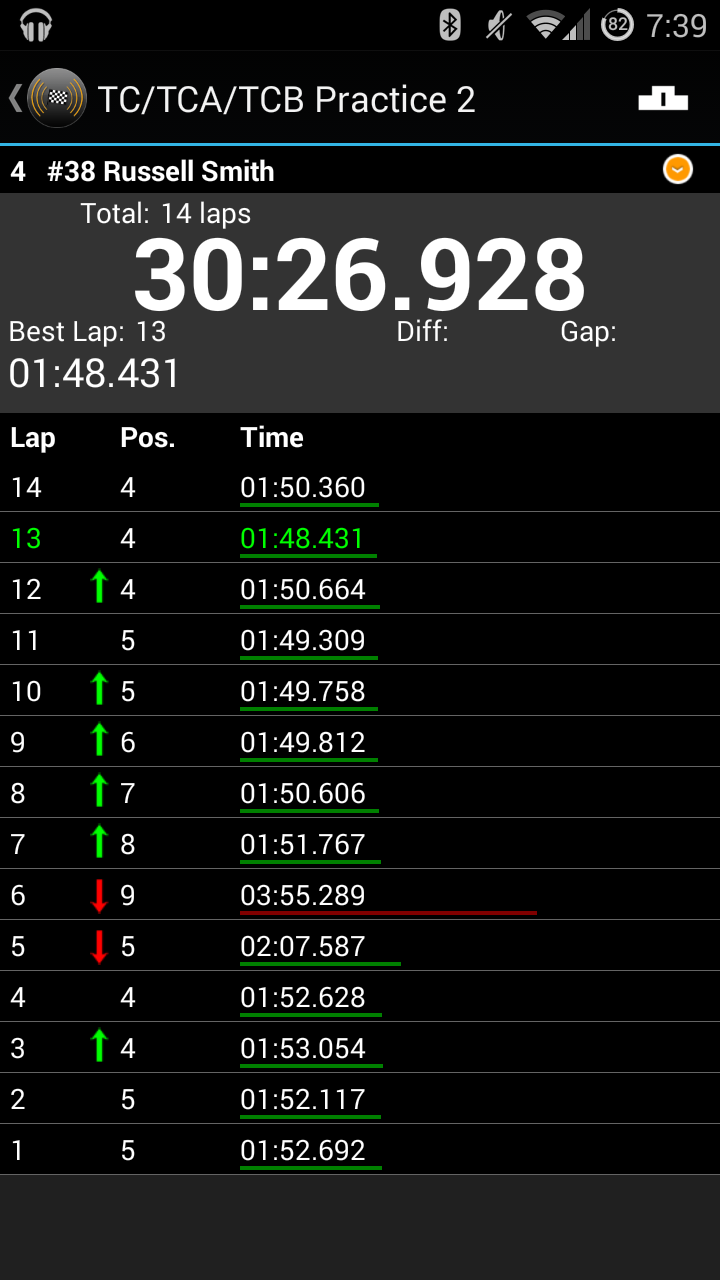 Russell Smith driver of the No. 38 Kinetic Motorsports Kia Forte Koup had a great practice run, scoring 2nd place from the TCA class proving once again how good these Koups handle on the rain.

Couple hours later both drivers were ready for round 2 having both Koups at the lead on the grid. Before completing the first lap one of the mini cooper driver collided with the sand barrier giving a yellow flag and later a red flag. 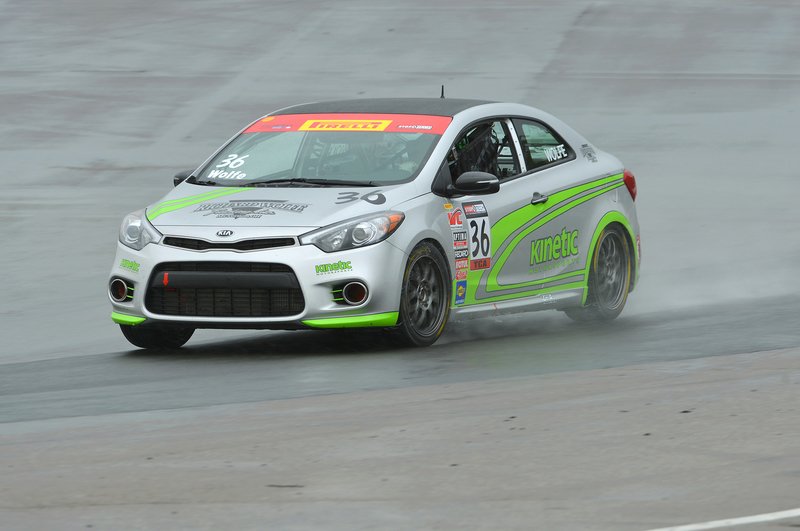 Once the race restarted Jason was able to maintain the first position but couple laps later driver Shea Holbrook with her Civic Si kept giving him a fight for the first place but despite the effort Shea took second place but not first scoring the best time at the race.

“I’m ecstatic right now. So happy. The guys did a great job with the car,” said Wolfe. “I received awesome help from Mark Wilkins (driver of the No. 38 Kia Optima in GTS, Toronto based with a lot of experience at Canadian Tire Motorsport Park), he broke the track down me. Shea and Ernie were definitely pushing me there at the end, it was all I could do to hold onto it.” 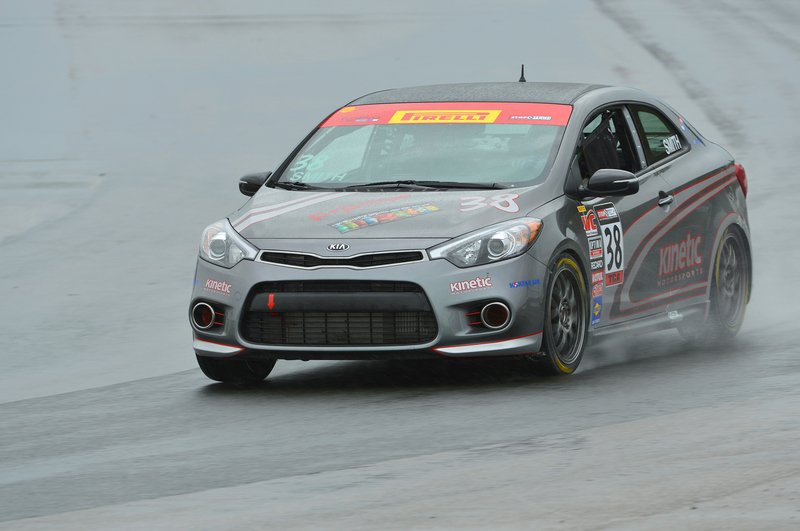 Russell Smith ended the race on the position 5th but we are hoping for a comeback on the round 3. 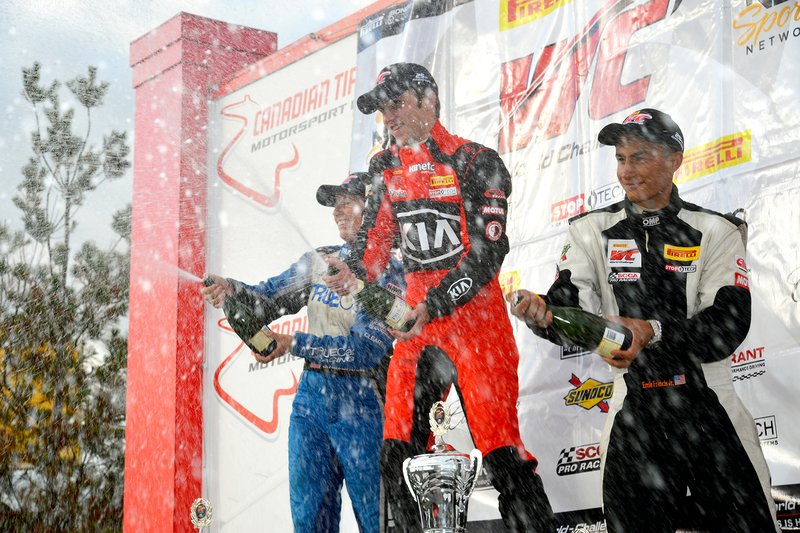 Congratulations to Jason Wolfe for scoring his podium of the season and with Kinetic Motorsport group, we are sure this will be the first of many more to come.

Saturday will be round 3 for Kia Racing team, stay tuned for more