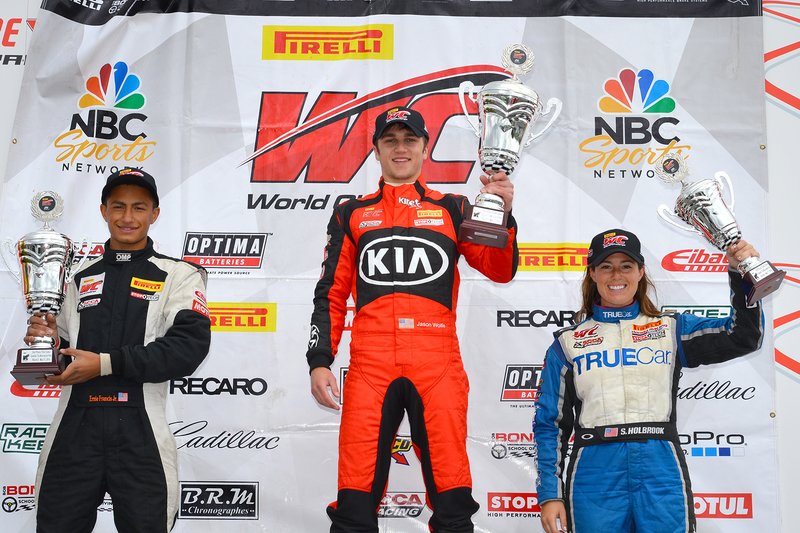 Jason Wolfe is taking victory after victory. The practices, qualifying and round 2 wasnt enough, well round 3 demostrate what Jason is made of. What makes things more interesting is that jason did not start first on the grid.

Shea Holbrook with her No. 67 TRUECar/Lucas Oil/Radium Honda Civic Si was able to score the first position having the fastest lap at yesterday race with a time of  01:35.579. Shea was able to keep her position on lap 1 but Jason Wolfe with his No. 36 Wolfe Trucking Kia Forte Koup made it through on Lap 2 in what netted him the Invisible Glass Clean Pass of the Race award.

That wasnt the end of the race, Wolfe held a rough fight between Holbrook, Erni Francis Jr, and Jason Cherry but at the end he still kept the first position scoring his second carrer win. 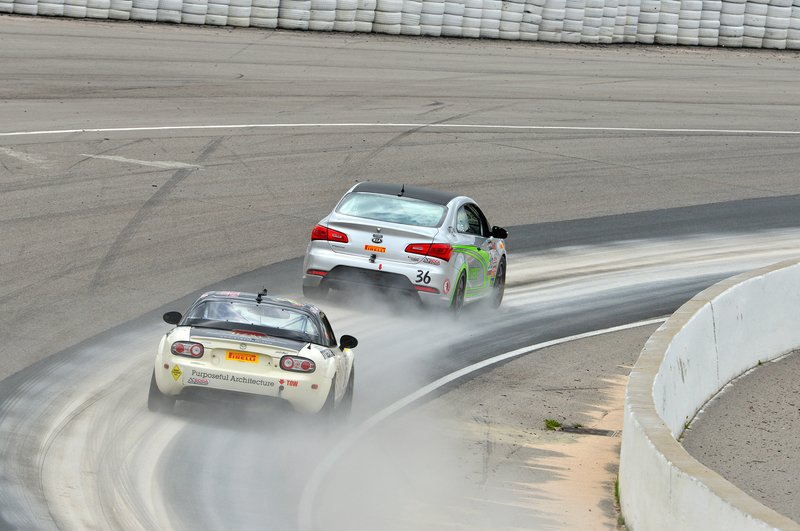 At the very last lap Holbrook tried to made a move on Wolfe to get back the first position but unfortunetely it backfired and lost her position to Francis Jr.

Russell Smith with his No. 38 Kinetic Motorsports Kia Forte Koup end up fifth position for the second time.