Scoring third-and fourth-place finishes, Mark Wilkins, driver of the No. 38 B.R.A.K.E.S. Optima turbo, widened his lead in the GTS Driver Championship to 143 points, while teammate Nic Jönsson, pilot of the No. 36 DonorsChoose.org Optima, moved up one spot to second in the title chase following his double-podium weekend.

“It was a great weekend for us in the points.  We lost some ground Saturday to the Fords, but came back strong Sunday, when the Kia Optima was simply awesome,” said Wilkins, who made a terrific last-lap pass in Sunday’s race to land on the podium for the sixth time this season.  “The championship is still very much up for grabs; we all know that, but we are keeping our heads down and remaining focused on the last two doubleheaders of the season, at Sonoma Raceway and Miller Motorsports Park.” 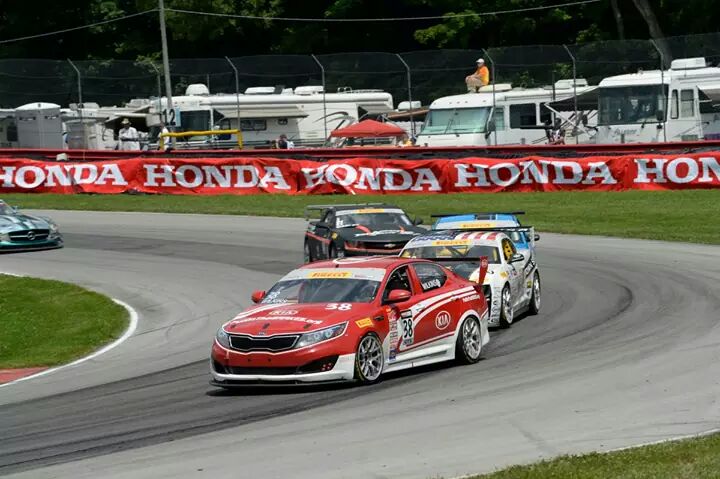 The action-packed weekend saw nearly 50 GT and GTS cars take the green flag on the scenic Mid-Ohio Sports Car Course.  Weather played a major role in Saturday’s race as it was cut short due to heavy rain and severe lightning in the area.  Scheduled for 50 minutes, the race was ultimately red flagged at the 35-minute mark and the field subsequently frozen with Jönsson and Wilkins scored in third and fourth place, respectively. 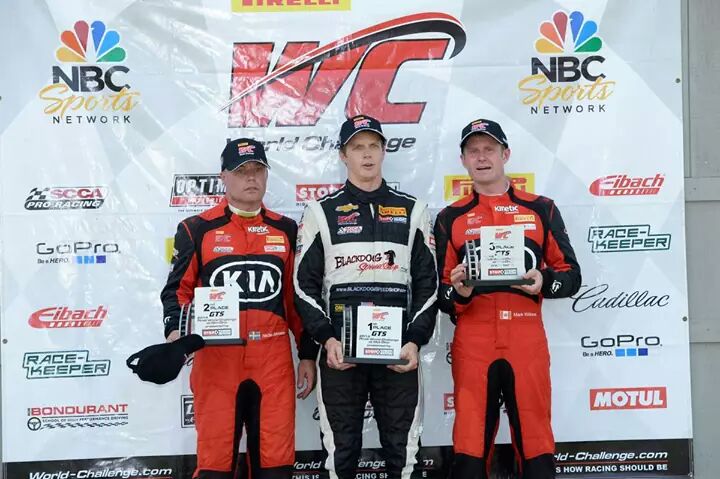 Starting third (Jönsson) and sixth (Wilkins) for Sunday’s round, the Kia Racing pilots showed equal parts precision and aggression, carefully choosing their opportunities for passing in the midst of fierce battles.  After a full-course caution bunched the field late in the race, Jönsson and Wilkins made the most of the restart, each picking up a spot when the green flag waved to commence the short sprint to the finish.  On the final lap, Wilkins made a phenomenal pass on Dean Martin’s Ford Mustang to take the final podium spot and further limit Ford’s points total in the Manufacturer Championship.  When the checkered flag waved, Jönsson was second and Wilkins third.  The double podium marks the third time this season both Kia drivers have shared podium celebrations, which also occurred at Long Beach and Road America. 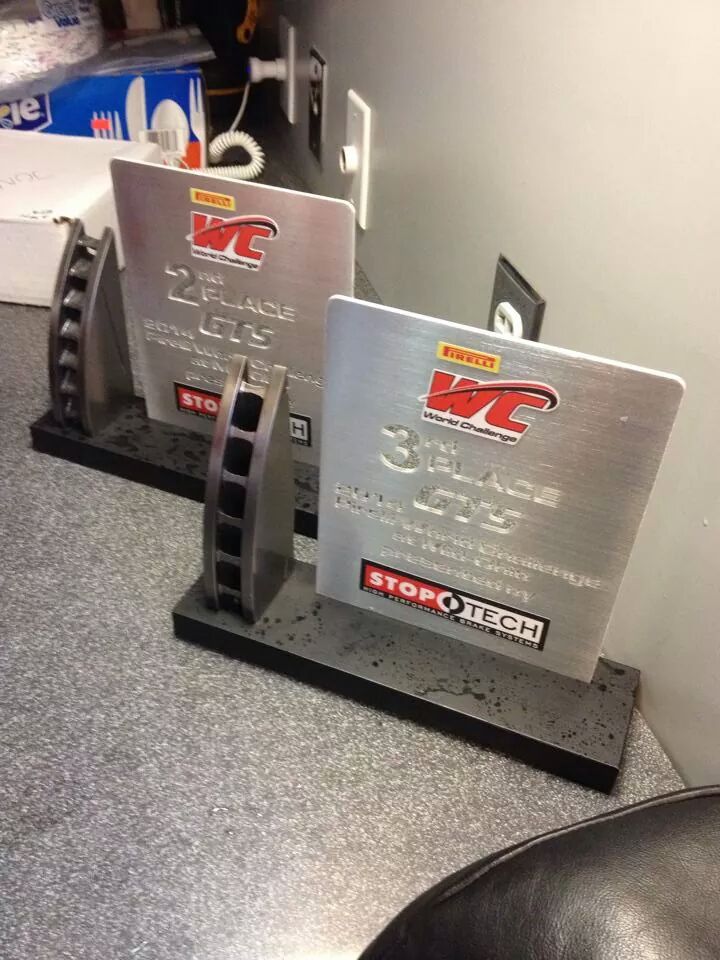 NBC Sports Network will air the televised coverage of the GTS rounds on Sunday, August 10, at 1:30 p.m. ET. Fans can also watch live streaming online at www.world-challengetv.com, and race fans can keep up-to-date with the team via the Kia Racing Facebook page at www.facebook.com/kiaracing and by following along on Twitter: @KiaRacing.