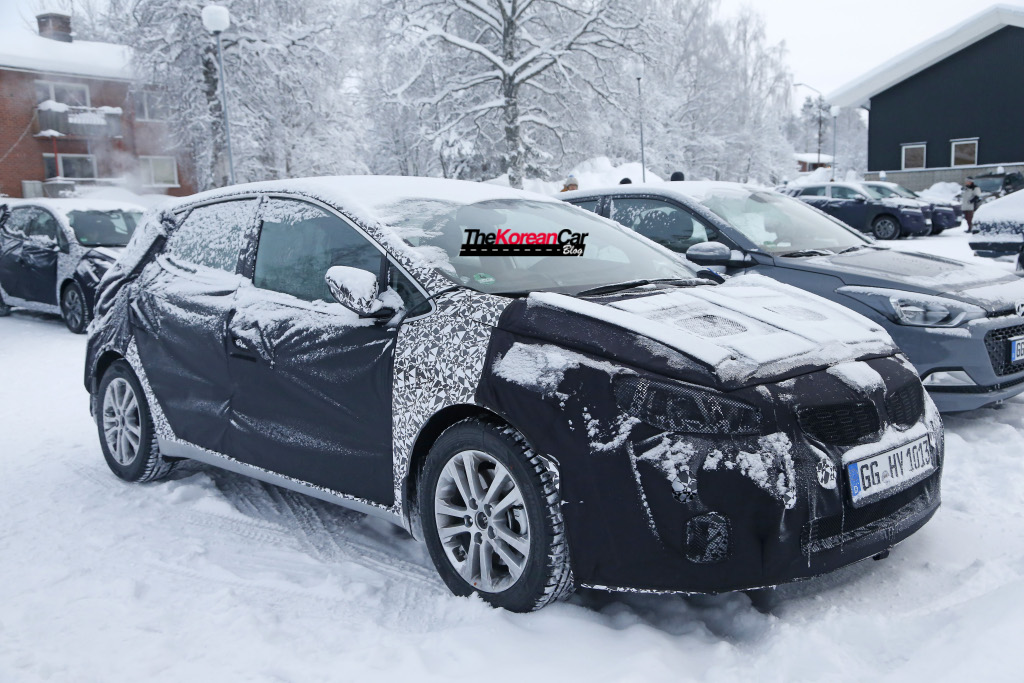 The resfreshed Kia cee’d has been photographed for the first time testing near the Artic Circle.

Released in 2012, the second generation cee’d was designed and engineering in Europe for the European market and its available with a choice of MPi and GDi petrol engines. CRDi diesel engines are also availables. There also available a GT sporty range using the 1.6 T-GDi delivering 201 hp.

The spy shots do not allow us to discover significant differences compared to the current model, but we saw a different front and rear bumpers and also a new design for fog lights. The cee’d is already quite full covered by protective vinyl and not allow us to see all the details.

No indication also on the range of engines, which could still take advantage of the current range and introducing a new 1.0 Kappa TCi 3-cylinder petrol with tubo and delivering 106 hp and more availability of the 7-speed dual clutch transmission (DCT) at first, for diesel engines. A 1.2 T-GDi delivering 130 hp is expected.